Honeywell’s N41 – a blast from the past 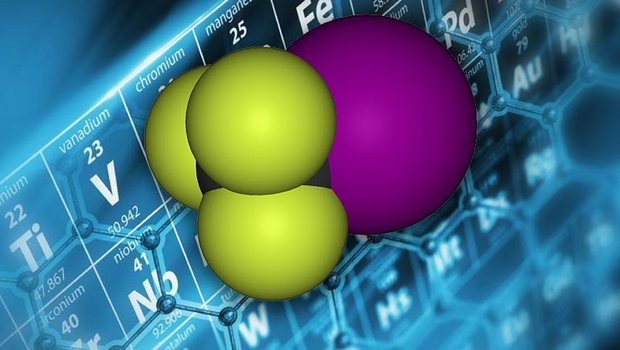 CF3I is, seemingly, the unknown quantity in Solstice N41, Honeywell’s new R410A replacement refrigerant. But the records show that far from being new to the refrigerants business, it has been considered as a component in replacements for CFCs, HCFCs as well as HFCs in tests dating back at least 30 years. Could the earlier adoption of CF3I have saved the industry a number of system changes along the way?

Honeywell’s announcement at the end of June of Solstice N41, a potential non-flammable, lower GWP replacement for R410A, caused quite a stir.

Until now, R32 has been the only acceptable lower GWP alternative for small splits but that refrigerant’s “mild” flammability makes it unsuitable for VRF systems. And, it also has to be said that, rightly or wrongly, any degree of flammability is a source of concern for some engineers.

The Cooling Post’s exclusive story regarding the components of Honeywell’s new refrigerant and its likely GWP of 733 created equal interest.

It had previously largely been accepted that man-made HFC or HFO refrigerants with a GWP less than 1000 would be flammable to some degree. Now here is a refrigerant with a GWP estimated to be around 733 that is non-flammable.

Honeywell’s Solstice N41, or R466A, is expected to provide a lower GWP non-flammable alternative to R410A

Interestingly, the new refrigerant, given the provisional ASHRAE number of R466A, still contains the two constituents of R410A – R32 and R125 – but with the addition of a large slug of something called CF3I, also known as trifluoroiodomethane or trifluoromethyl iodide.

A fire suppressant with a GWP of just 0.4, CF3I is also being considered as a replacement for halon 1301 in unoccupied areas. It also seen as a potential medical propellant, is a seriously good foam blowing agent, an alternative to SF6 and is used as an etching gas in the production of semiconductors.

Despite its very low GWP, CF3I does, however, have a small ozone depletion potential, but more of that later.