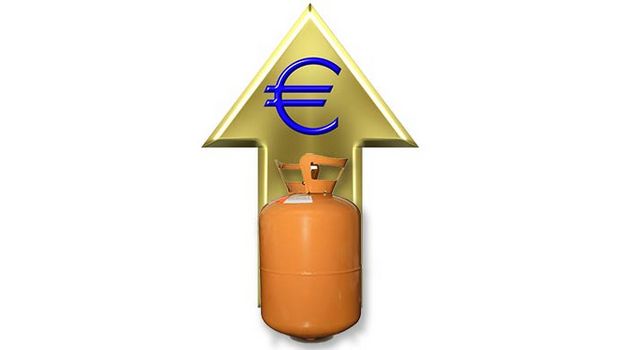 Refrigerant users face new price increases of as much as 30% as Europe transitions away from high GWP HFCs.

The UK’s leading refrigeration wholesaler and one of the world’s main refrigeration manufacturers have both announced large increases in the price of refrigerants from next month. The latest increases follow 20% price hikes by a number of suppliers at the beginning of the year and suggestions that there may be more to come this year.

UK wholesaler Dean & Wood, part of the Beijer Ref group, has announced price increases of 30% on high GWP refrigerants like R404A and R507 and the R22 transitional blend R422D. The new prices, which come into effect on April 1, also include 20% increases on a number of common gases including R134a, R410A and R407C, and so-called interim gases R407A and R407D.

Refrigerant manufacturer Chemours wrote to its customers this month announcing price increases across Europe of 25% on R404A and R507 and 20% rises on the other base HFCs R134a, R410A, R407A and R407C.

At the beginning of the year, refrigerant manufacturer Mexichem announced 20% price rises on R404A and R507 and 15% increases on R134a, R410A and R407C. Supplier National Refrigerants announced similar increases from January 1.

The “perfect storm” of swingeing cuts in HFC availability next year and suppliers’ needs to juggle production and import quotas is behind the latest increases. Industry leaders have long urged a rapid transition away from high GWP gases and warned of high price rises and possible scarcity of some gases.

The cap and phase down under the European F-gas regulations is based on CO2 equivalents (CO2e). This means that refrigerant producers and suppliers, operating under a quota system, are effectively able to place on the market far more low GWP refrigerants than the higher GWP gases.

Latest European Commission figures report that the amount of HFC refrigerant placed on the market in 2015 amounted to 168Mt CO2eq – within the baseline cap amount for the year of 183Mt CO2eq. Next year the industry, faced with cuts of 37% of the baseline, must make do on 115Mt CO2eq. This is a significant cut, but industry pundits have further warned that as the refrigerant contained in imported pre-charged equipment is also to be included in that figure for the first time, the cut is more like 44%.

Speaking at the European Eureka 2016 conference at the end of last year, UK consultant Ray Gluckman warned of 2018 having the potential to be “an absolute disaster” and called for more attention and action in the transition away from high GWP refrigerants. At the same event, AREA president Per Jonasson warned that time was running out to switch to lower GWP refrigerants and urged users to take immediate action.