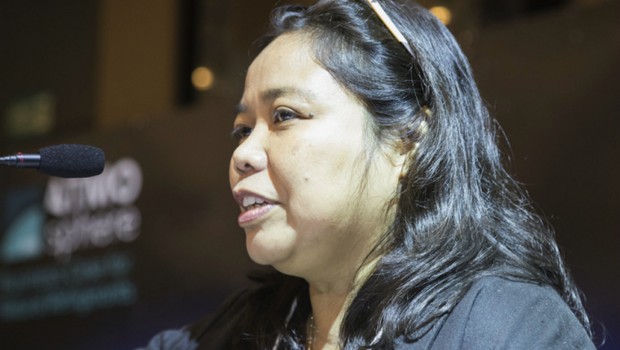 Representatives from local governments in Southeast Asia detailed the current state of HFC phase-down plans and highlighted the natural refrigerant projects currently underway in the region.

Showing that international agencies, local governments and the private sector are already working together to implement the Kigali Amendment to the Montreal Protocol in Southeast Asia, representatives from the region detailed ongoing natural refrigerant projects at ATMOsphere Asia held in Bangkok, Thailand on 6 September, 2017.

Bitul Zulhasni, representing the Ministry of Environment and Forestry of Indonesia, provided an overview of the current state of the HFC phase-down – governed at international level by Kigali – in Indonesia and introduced a pilot project currently being carried out by local convenience store chain Alfamidi.

The project is a joint collaboration with Japan-based Panasonic Corporation who provided the equipment and Lawson, Inc. who provided project management services.

Zulhasni detailed the main challenges that lie ahead for natural refrigerants in Indonesia.

„Education for the industry is important. How are we going to influence the market in Indonesia? We really need to make natural refrigerant alternatives more available to reduce the cost and make people more comfortable with this technology,” Zulhasni said.

Yahya Atan was representing Malaysia’s Department of the Environment. He talked about the first installation of Panasonic’s CO2 condensing unit in Malaysia.

The installation was done at local Malaysian supermarket chain Jaya Grocer, and it was funded in part by the Multilateral Fund for the Implementation of the Montreal Protocol via Malaysia’s Department of the Environment.

The project was commissioned in May 2017. Atan stated what the end user was expecting in terms of return on investment from the project.

Funding and assistance from UN agencies

Hu argued that the UN is taking a comprehensive approach not only by providing the direction needed for the industry to move forward but also by supporting developing countries with financing and by removing barriers.

„We are working to remove all the barriers for adoption of the new generation of refrigerants,” said Hu. He strongly encouraged all those interested in financing to contact their local government agencies to find out what is available.

“The end user does not know about this change from synthetic to naturals and multilateral funding, so we need to work harder to increase this awareness among end users,“ he said.

Kumar also revealed a project currently underway in the Maldives.

„We will replace all air-conditioners at one resort in the Maldives (about 300) to [propane] R290 air-conditioning, completed by the end of this year,” he said.