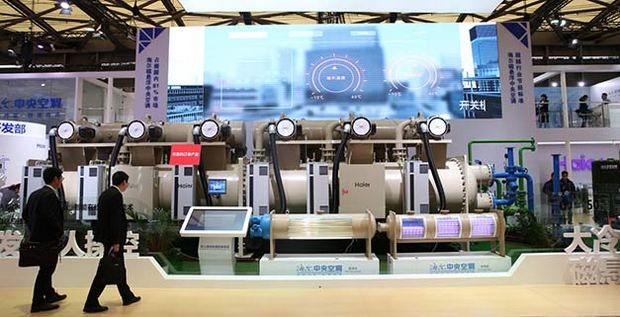 Haier has developed a magnetic bearing centrifugal chiller with what it claims is the world’s largest cooling capacity.

Debuted at last week’s China Refrigeration Expo in Shanghai, the 4200RT unit is said to take the application of magnetic levitation technology in the refrigeration sector to an entirely new level. According to Haier, the product achieves an IPLV of 13.18

Haier has been a pioneer in the development of China’s magnetic bearing centrifugal chiller sector over the last 11 years, from an 80RT unit in 2006, 900RT in 2011 and, in 2015, launched its first model rated at 2200RT. The 4200RT unit sets a new world record, the company claims.

In the Chinese market, Haier has so far built and installed 539 magnetic bearing centrifugal chillers. Although Haier considers the installations part of a pilot programme in a nascent industry, it claims an 81% share of the market leadership for five consecutive years.

As well as representing an advance in magnetic levitation technology, the new 4200RT unit is said to be a major potential contributor to energy conservation and emission reductions.