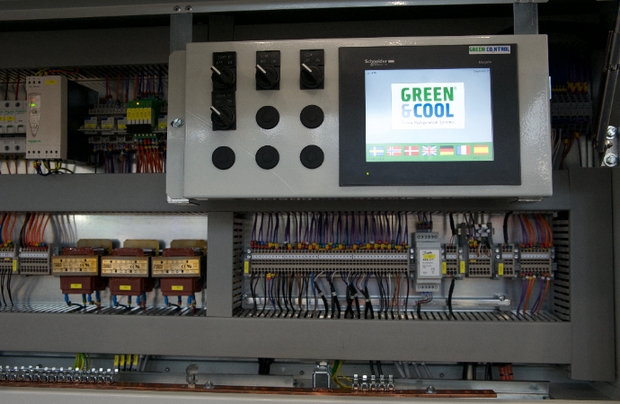 With its second U.S. installation this month at a Whole Foods Market store in Walnut Creek, California, Green & Cool, a Swedish maker of transcritical CO2 refrigeration systems, is set to bring its technology to the U.S. market.

“It’s a huge opportunity,” said Paul Bevington, sales manager (UK, U.S., Canada and Australia), at the Chillventa 2016 trade show in Germany last month. “We are thankful to Tristam Coffin [director of sustainability and facilities at Whole Foods’ Northern California division] for getting a pilot out there.”

Green & Cool’s transcritical systems are widely used in Europe, where there are more than 5,000 installations by all suppliers. Its first U.S. transcritical deployment took place in 2013 at a Walgreens ‘net-zero-energy’ store in Evanston, Ill. “Walgreens approached us about that one,” said Bevington. “But we weren’t ready at the time for a further U.S. rollout, and the market wasn’t ready either.”

However, with more than 200 transcritical installations in the U.S. since 2013, he sees the market turning, “especially with the legislation in California, but also the rest of the country”.

Green & Cool’s strategy in the U.S. is to pursue slow organic growth. “We want to prove the technology so as the market grows we can grow with it and become an important part of it,” said Bevington.

Among the features of Green & Cool’s transcritical units is an internally designed controller dedicated to “the exact system it is built for,” said Johan Hellman, sales engineer for Green & Cool, at the company’s Chillventa 2016 booth. In addition, the systems are designed to never lose CO2 in the event of a power failure, he said.