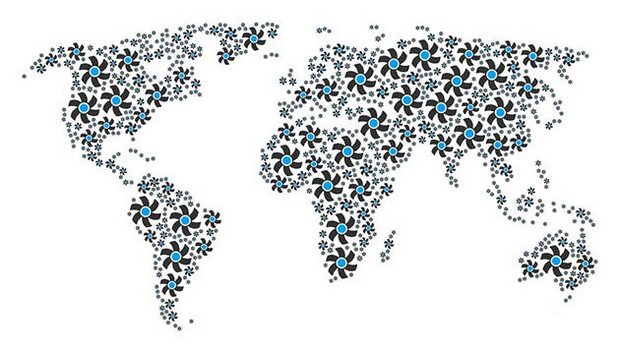 The global air conditioning market showed recovery in 2017 with year-end sales expected to reach 137 million units at a value of just over $102bn.

The BSRIA market intelligence study shows that while the global market saw an overall drop in sales in 2016, primarily due to the impact of the slowdown in China, the recovery in 2017 was better than previously forecasted. This was mainly due to a boost in the Chinese market caused by a hot summer and a focus on upgrading of AC units for example with intelligent solutions such as wifi.

BSRIA sees the market becoming very competitive. The downturn in sales in China in recent years has meant that the Chinese suppliers have increasingly been looking for overseas opportunities to “shift their stock”.

With the Chinese market picking up, the large markets, such as the US, are growing well above the global average. The US market has been boosted by hot summers, a positive economy and construction activities. However, the European markets continue to be in recovery and will be challenged by political and legislative issues in 2018, according to the BSRIA study.

The Asia Pacific region continues to account for the largest share with 58% of global value. Europe is relatively small as a sales region, accounting for 7% by volume and 11% by value globally and is only slowly recovering.

BSRIA has seen some recovery in the Japanese market, and a very hot spell was a significant boost to the South Korean market.

Improved figures for the Australian market was the result of additional construction activities but BSRIA expects the growth to drop from 2018 and a decline in 2019 for residential products.

VRF sales continue to do well, reaching just under 2 million outdoor units in 2017, an increase of over 25% from 2016. Overall, BSRIA expects double digit growth to continue over the next few years, apart from in Europe which is now seen as a fairly mature market. BSRIA is seeing a trend towards more mini VRF as well as some water-cooled VRF going into high end residential applications. However, the capital costs of water-cooled VRF is still viewed as being very high.

In terms of outdoor units, Europe accounts for just under 10% of global sales or 180,000 units. Turkey is the biggest market, followed by France, Italy and the UK.

China continues to dominate the global VRF market accounting for 65% of volume sales, with units popular in both the residential and commercial markets. In particular, mini VRF is expected to continue to see a positive growth rate in China as the middle classes seek to replace conventional splits with mini VRF units.

“Recent years have seen an increasing interest in VRF in the USA and the country remains in fourth position in the market with sales report as close to 50,000 outdoor units in 2017,” commented David Garwood. “However, due to the current limited geographical focus for these products and the slowdown in the market for residential multi-family homes, accounting for 20% of sales, there is a view that the market may hit a bit of a bottleneck.”

The global market for window units dropped marginally in 2017, totalling around 11.8 million units. It is losing favour to high wall single splits. Bucking the trend in market volume was the USA which saw an increase in volume by 3% to 7.3 million units.

In a market governed by short-term weather conditions, global sales of portables increased by 11% by volume in 2017. The biggest increase was seen in Asia Pacific, with sales in Australia increasing significantly following a hot summer in all regions.