What policy changes will shape Europe’s HVAC&R industry in 2018? 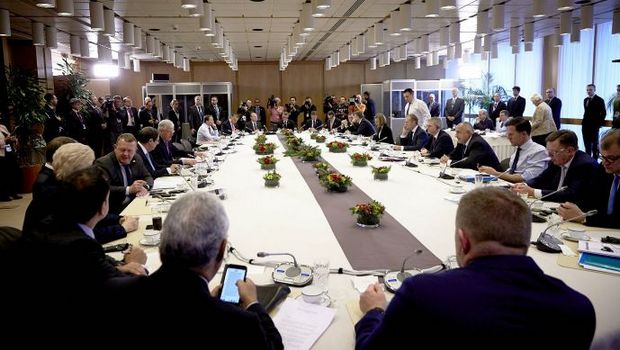 EU countries have, since 2015, actively been phasing-down HFCs under the European Union’s new F-Gas Regulation. 2018 will mark the sharpest drop yet in the EU’s overall allocated HFC quota.

“The steepest step in the EU phase-down is between 2017 and 2018, when the overall allocated quota goes down from 93% of the original baseline to only 63%,” Arno Kaschl – who works in DG CLIMA at the European Commission – told this website.

“In addition, HFCs that are imported in pre-charged equipment have also been covered by the quota system since January 2017, reducing quota availability by another few percent.”

The expectations of these cuts have already led to refrigerant prices skyrocketing in Europe.

Europe will also contend with several other policy developments that will shake up the HVAC&R sector. Under new EU state aid rules, support for decentralised natural gas-based [combined heat and power] CHP plants expires by the end of 2018.

“When the aid lapses, it can have significant consequences for the price of power and heat from CHP for district heating,” Thomas Capral Henriksen – chief consultant at Dansk Energi (the Danish Energy Association), which represents energy companies in Denmark (including producers and distributors of electricity and large producers of district heating) – told this website.

Denmark is subsidising installations of large electric heat pumps in small CHP plants to address this.

The European Union will continue to discuss its revised Energy Performance of Buildings Directive (EPBD) that encourages energy efficiency. Of relevance to the HVAC&R sector here is that, “inspections of heating and air conditioning systems in buildings are simplified” according to a press release by the European Council.

Final approval of the EPBD is expected for the beginning of this year. Once formally adopted, the directive will be published in the Official Journal of the EU, and the legislation will enter into force twenty days later.

The EPBD is part of a wider package of EU energy legislation known as the ‘Winter Package’, presented by the European Commission on 30 November 2016 as a raft of concrete proposals to deliver the Energy Union strategy; a crucial arm of the EU’s response to climate change.

Member states meeting in the European Council agreed to a revised Energy Efficiency Directive in June 2017, which could raise the EU energy efficiency target to 30% for the period 2026-2030. A final agreement should be negotiated over 2018.

Brexit may stall talks in all these policy areas, as the EU continues to negotiate with the British government on the UK’s exit from the EU.