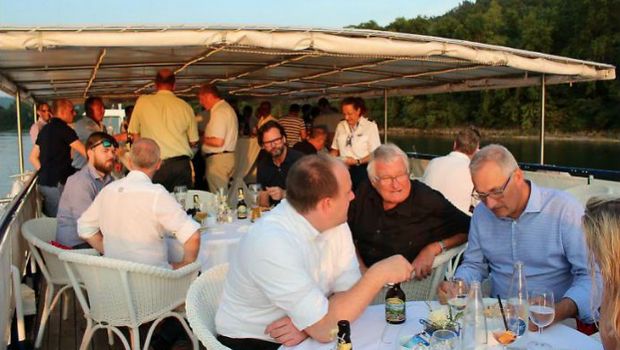 Presentations are now available online from the Eurammon Symposium 2017, held in Schaffhausen, Switzerland on 22-23 June with a focus on small natural refrigerant-based applications below 200 kW.

“Growing demand for the classic large applications is currently also accompanied by a trend to using natural refrigerants in smaller plants with a capacity of less than 200 kW – not just in refrigeration plants but also in heat pumps and air-conditioning systems,” said eurammon Chairman Bernd Kaltenbrunner.

Daniel McDoughall from Star Refrigeration explained how his company has focused on reducing the charge of ammonia in small plants.

Innovative direct expansion technology makes it possible to reduce the required refrigerant charge by up to 79% while still achieving the very high efficiency levels typical of ammonia systems, said McDoughall on day two of the conference.

“The European F-Gas Regulation and the Kigali Agreement have brought natural refrigerants more than ever into the focus of the refrigeration and air-conditioning industry,” he argued.

The conference also dealt with updated legislation on HFCs in Switzerland and standards on hydrocarbons.

Henry Wöhrnschimmel from the Federal Office for the Environment (Switzerland) informed the audience about a pending second amendment to Swiss legislation on HFCs under the Chemicals Reduction Ordinance (ChemRVV).