The EU Climate Leader Board 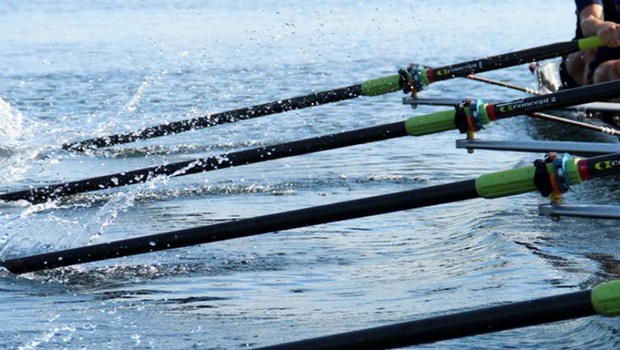 This publication shows that only three countries in Europe are on the right track to deliver on the Paris climate agreement. The EU Climate Leader Board looks at the position of each European government towards the EU’s largest climate law, the Effort Sharing Regulation (ESR). Sweden tops the list, followed by Germany and France. At the other end Poland, Italy, Spain and Czech Republic push to weaken the Commission proposal, countering Europe’s efforts to comply with the Paris agreement. 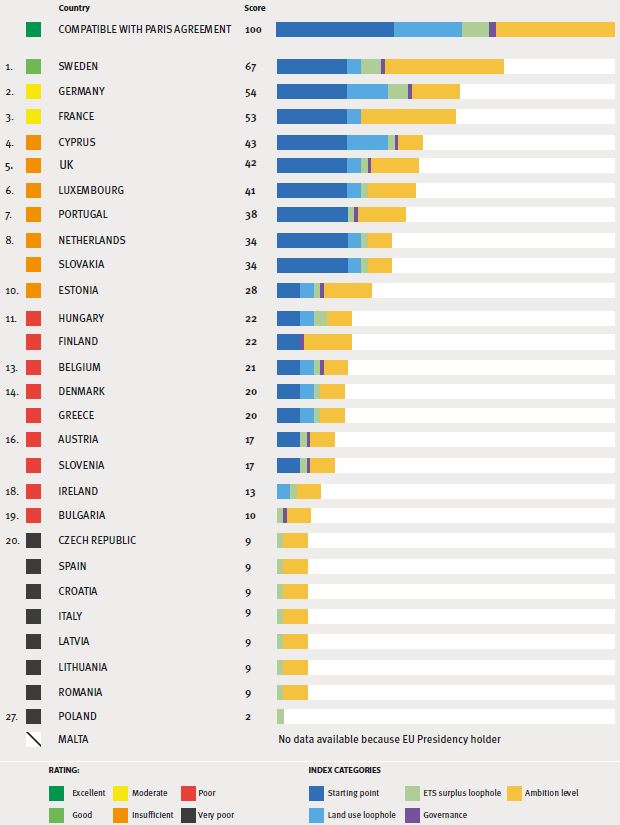 Covering 60% of the Europe’s total greenhouse gas emissions, the law sets binding national emission reduction targets for the 2021-2030 period for sectors not covered in the emissions trading system, namely: transport, buildings, agriculture and waste. Carbon Market Watch and Transport & Environment’s new climate leaderboard allows citizens to hold their governments accountable for the positions they take on the EU’s largest climate tool to implement the Paris Agreement.

The analysis (downloadable below) accompanying the ranking proposes solutions for making each country’s position more effective and compatible with the Paris agreement.

The ranking consists of a system of points based on the different elements of the proposal, which are weighted against their importance. The countries’ positions come from public documents, declarations by ministers and also papers submitted to the Working Party on Environment.

The EU member states are currently negotiating their joint position on the Effort Sharing Regulation. Once they have reached an agreement, they will start talks with the European Parliament. The final law is expected to be adopted by the end of 2017.

Here You can to download the Analysis: The EU Climate Leader Board