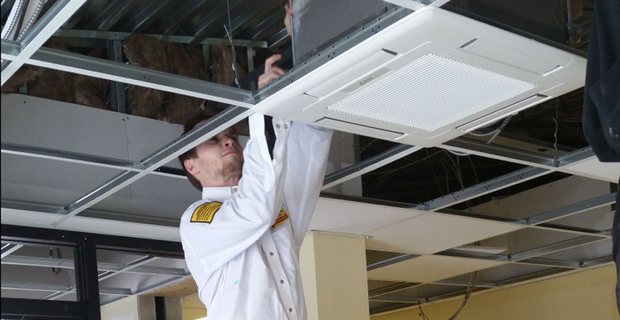 With the limited supply, cost has increased for both contractors and, in turn, their customers.

“I can’t believe anyone is still using or at least buying R-22 with the price gouging going on at supply houses,” commented Larry Zollinger, technical account manager, TDIndustries, Dallas. “I heard someone say they paid $825 for a 30 pound drum. It was the same with R-12 and R-502 back when they were phased out.”

“The biggest thing is its raising the prices of the product,” he said. “Secondly, they’re going to be stuck having to replace their units when the product is not around anymore. As a business owner, it’s a complete opportunity for me. But, for customers, it’s going to cost them money. However, most of the people replacing their systems are going to experience greater levels of efficiency, which is going to save them money in the long run.”

Gold Medal Service still works on older units using R-22, and, at the moment, is not having a hard time obtaining it.

“We’re still stocking R-22,” Agugliaro said. “It’s not that hard to obtain right now, just very costly. I think it’s going to become harder and harder to get over the next year to two years.

A shortage is looming, so people are buying it up because there is a tremendous amount of systems out there using it. Some companies are buying it in high quantities because then they can maintain the prices for it and still serve their customers. We’re buying it in bulk, as well. But, eventually, it won’t be available. It’s like what happened to fluorescent light bulbs — we’re seeing fewer and fewer of those on the market. We have to play the game that’s being thrown at us.”

Scott Trantel, owner of Trantel Heating & Cooling in Portland, Oregon, said his company has been changing systems to NU22.

“Performance has not been an issue, so far,” Trantel said. “Customers realize the immediate savings of the quoted R-22 price. We don’t stock R-22 on our trucks. We will only get it for our commercial customers, and then, we only use an R-22 drop-in when we replace a compressor or repair a leak.”

Paul Sammataro, owner of Plano, Texas-based Samm’s Heating & Air Conditioning, said his company still uses R-22. “However, when we’re adding R-22, we explain to customers why it is advantageous to consider upgrading to R-410A. Even with the increased cost and explanation, we still sold about 1,200 pounds of R-22 in 2016. We don’t use substitutes. We’ve definitely seen a diminishing demand with our customers and have converted many to R-410A.”