Emerson: All in for CO2 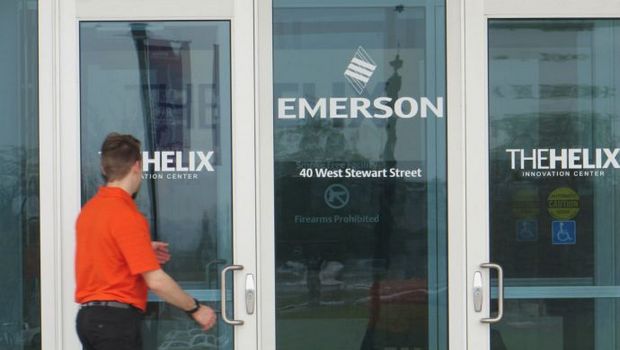 The U.S.-based component manufacturer has a multi-pronged approach to promoting its CO2 equipment, including an online inventory tool, educational programs, energy research and training.

Building on informational programs launched in the past few years, St. Louis-based Emerson Commercial and Residential Solutions plans to engage in a series of new initiatives in 2017 designed to promote its CO2 refrigeration technology.

For example, a web-based CO2 information tool, which was launched last June to provide details on Emerson-made CO2 components available in North America, will expand by the end of January to include equipment available in Europe. Emerson makes a wide range of CO2 system components, such as compressors, oil separators, electronic controls and electronic expansion valves.

Emerson has a network of about 1,000 component wholesalers across North America. While those wholesalers carry Emerson’s CO2 compressors and case controllers, they do not yet carry more specialized parts like high-pressure controls. End users or contractors in need of those components as replacement parts would need to go through an OEM, noted Patenaude. “Eventually, all specialized parts will be stocked by wholesalers.”

On its main corporate website, emerson.com, the company last month added a section that provides an overview of CO2 refrigeration systems as well as a life cycle performance energy tool.

In 2017, Emerson plans to launch two online informational programs – a series of editorials on natural refrigerants, and 37 weekly “Did You Know” segments about CO2 refrigeration, including 26 used in 2015 and 2016, and 11 new ones. Previous segment topics, which have appeared on social media outlets like Twitter, LinkedIn and Facebook, include triple point, critical point, charging a CO2 system, dry-ice temperature and not your standard pressure.

The informational programs are designed to “increase the popularity of CO2 and the perception of Emerson’s presence in the space,” said Patenaude.

The natural refrigerant editorials will be released every other month through early 2018 in blogs, social media and trade periodicals. Topics will include propane, and natural refrigerant options for convenience stores, small food retail, large food retail, commercial warehouses and large industrial. The first editorial appeared in the January issue of Accelerate America magazine.

Starting in February, Emerson will also pursue an energy optimization project at its Helix Innovation Center in Dayton, Ohio, testing the efficiency of transcritical CO2 systems under different ambient temperatures and different efficiency enhancements. A baseline transcritical system will operate at six temperatures ranging from -30 °F to 115 °F and at three humidity levels “so that we understand the real weather-normalized energy footprint in each climate zone,” said Patenaude.

The initial results of the project will be presented at the ATMOsphere America conference in San Diego, June 5-7, hosted by shecco, publisher of Accelerate America. “We’re going to learn a tremendous amount,” said Patenaude. “It’s a unique opportunity to quite literally test apples to apples because the loads and the equipment will be the same.” Ordinarily such tests are challenging because the loads of the systems being compared are not the same.

Patenaude is overseeing an ambitious CO2 training program in Canada. In 2016, he led two two-day hands-on training seminars at Emerson’s Brantford, Ontario office, and will conduct another in March. Starting in April, Patenaude and Alain Mongrain of The Master Group, an Emerson wholesaler based in Boucherville, Quebec, will put on a traveling CO2 training program in Eastern Canada, with stops in Ottawa, Montreal, Quebec City, Moncton and Halifax.

The “CO2 road show,” which will feature a model transcritical CO2 booster unit shipped to each location, will cover such topics as charging, evacuating, changing filter driers and oil management.