EIA calls on US to act on refrigerant banks 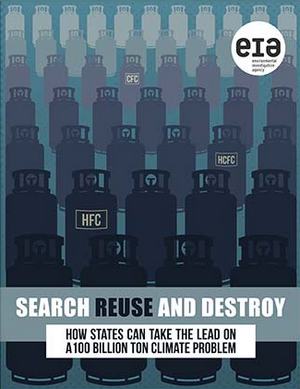 The EIA has called on all US States to adopt policies similar to those in California and other areas of the world to reduce emissions from the refrigerant bank.

The environmental group argues that maintaining and accelerating emission reductions of ODS and HFCs is absolutely essential in order to limit global warming below 1.5°C. Reducing the future rate of emissions from the refrigerant bank, both from leakage and at end of life, is seen as key and represents the single largest opportunity for climate mitigation.

In a new report – Search Reuse and Destroy: How States Can Take the Lead on a 100 Billion Ton Climate Problem – the EIA says there are many replicable models from around the world which are potential approaches to tackling emissions.

“With respect to leaks, replicating and expanding on California’s current RMP regulation would provide a consistent approach across states and counteract reversal of federal refrigerant management regulations,” the report says. It also suggests that California’s current RMP rule should also be expanded to cover large stationary air conditioning systems, which represent a rapidly growing portion of the HFC bank.

The EIA insists that US policymakers must address end-of-life emissions by scaling up recovery, reclamation, and destruction. Recovering and destroying refrigerants, it argues, represents a near-term, cost-effective mitigation opportunity that will have immediate and significant climate benefits. 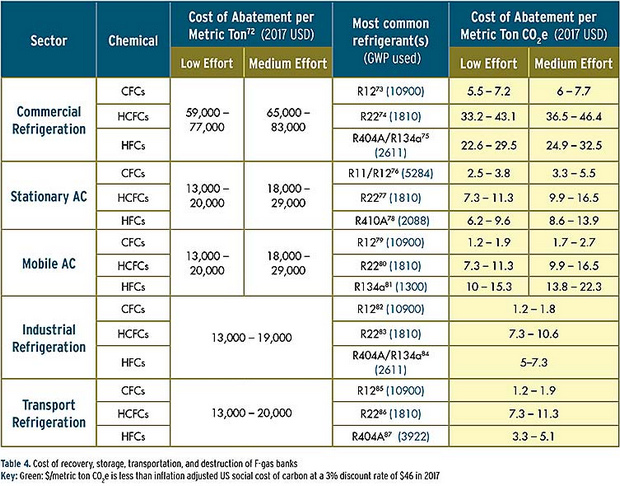 In addition to carrying out inventories of existing refrigerant banks, the EIA has a number of recommendations including brining in additional measures to increase recovery, reclamation, and destruction; a ban on sale of virgin high-GWP refrigerants for servicing with an exception for reclaimed refrigerants; and incentives for recovery and collection.

The EIA also calls for a ban on the use of non-refillable cylinders which, as well as creating waste management issues, encourage the illegal trade in banned F-gases.

The report encourages other US States to implement key aspects of California’s RMP Regulation by creating registry and reporting requirements for large systems and refrigerant wholesalers and distributors to report on sales, stockpiles, and leaks; require improved refrigerant management practices for leak detection and repair; introduce technician certification and training for handling HFC refrigerants, including training on proper recovery and compliance with venting prohibition.