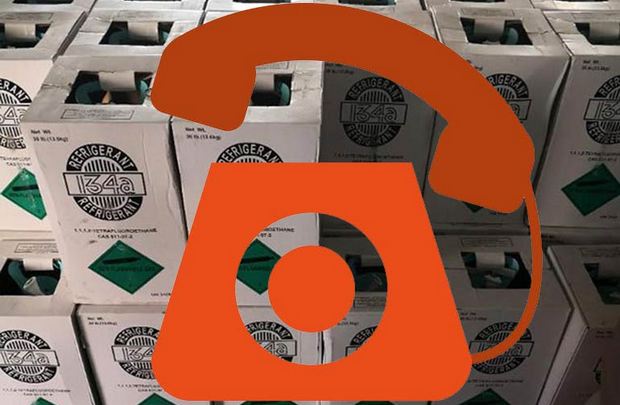 Illegal refrigerant imports and sales activity in Europe can now be easily reported, and in confidence, through a new website established by the refrigerant producers group EFCTC.

The European HFC phase down, which led to huge price increases and some product scarcity last year, has encouraged a considerable black market in refrigerants. Much of this product is being imported outside of the quota system with a large proportion of it in illegal disposable cylinders. Current estimates are that around 20% of sales in the EU are suspected of being outside the phase down quota mechanism.

The illegal sales are having a disruptive effect on the market and a serious environmental impact, but many concerned individuals are unclear who to report such activity to. Few, if any, member states operate a “hotline”, making reporting difficult, and many potential whistleblowers have confidentiality concerns.

The new Integrity Line, operated on EFCTC’s behalf by the EQS Group, promises that anyone will now be able to report suspicious activities easily, in confidence, and anonymously, if desired.

The EQS Integrity Line digital whistleblowing system was established in 2009 and is currently being used by more than 150 companies.

Speaking during a live webinar today, Tim Vink, Honeywell’s director of regulatory affairs, said that several authorities in member states were already aware of the new Integrity Line and were listening. “One of the challenges they face if they want to prosecute is they need to have conclusive evidence and that is always very difficult to get,” he said.

Through the EQS Integrity Line, the EFCTC intends to provide the authorities in the particular member state with the evidence they need.

The Integrity Line is seeking information regarding incidents relating to smuggling, mislabelling, counterfeiting of F-gas products, the use of illegal disposable cylinders or other breaches of the F-gas quota system.

To guarantee a whistleblower’s anonymity, the encrypted data is transmitted via a secure and independent EQS server. All reports via the Integrity Line website will remain anonymous unless the whistleblower wishes to disclose their identity.

Those reporting illegal activity will be contacted if additional information is needed. If it is eventually found that no violation has occurred there will be no consequences for the whistleblower.

The website is currently only in English but there are plans to roll out additional languages over the coming weeks, as well as a voice message service.

The Integrity Line can be accessed here.