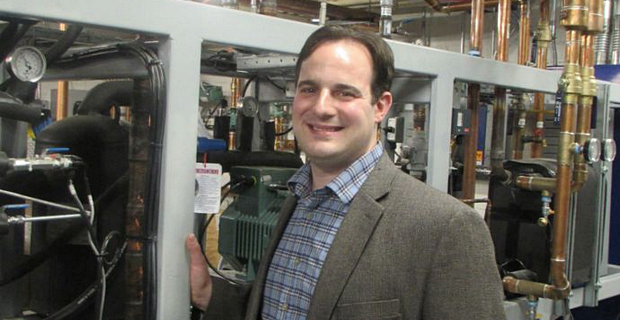 Grocery-store operator DeCicco & Sons has seen such strong performance from its first installation of a transcritical CO2 refrigeration system that it has rolled out the technology to two of its other supermarket locations, with plans for a fourth and fifth CO2 installation on the drawing board.

“The Larchmont store has been phenomenal over the past year in terms of its performance,” said John DeCicco Jr., president of DeCicco & Sons, referring to the chain’s first installation at a store in Larchmont, N.Y., just over a year ago (see “DeCicco’s Bold Move,” Accelerate America, October 2015). “The temperature control is amazing, and the efficiency of the system has been very, very good.”

Although he had previously forecasted that the CO2 system, along with other energy-saving measures at the store, would reduce the annual energy bill at the location by about $25,000 per year compared to a similar-size store (see “So Far, So Good,” Accelerate America, May 2016), he now forecasts that the savings will be about $100,000 per year. That amounts to about half the energy costs of a comparable store.

Since the initial installation of the all-CO2 Advansor system from Hillphoenix at the company’s Larchmont location, DeCicco’s has begun retrofitting an existing store in Pelham, N.Y., with a new transcritical CO2 system, also from Hillphoenix. The grocery-store operator has also installed a system identical to the one at Larchmont in a new store in Millwood, N.Y., which opened in late December.

DeCicco’s plans also call for installing a CO2 transcritical refrigeration system in a store that has been slated for remodeling in Harrison, N.Y., later this year, and another in a new store in Somers, N.Y., that is scheduled to begin construction late this year or early in 2018. DeCicco & Sons works with Hillphoenix and its contractor, AAA Refrigeration Service, on all of its transcritical installations.

At the Pelham location, where the company is installing the transcritical CO2 system in two phases, it is still running some of its equipment using R22 as a refrigerant on an interim basis. DeCicco said he anticipates completion of the second phase of the installation next year, when he plans to install a second refrigeration rack and have the entire store running on CO2.

“We just wanted to split it over two years for cost reasons,” DeCicco explained, noting that the R22 system is now only handling about 25% of the load it had previously.

The CO2 system at the Pelham location is slightly smaller than the Larchmont installation — about 700 MBH (700,000 BTU) at Pelham vs. about 1 million BTU at Larchmont — because it is being installed on two racks. The CO2 charge at Pelham is about 700 lbs.

At the new Millwood location, which at 20,000 square feet is about the same size as the Larchmont store, DeCicco said he sought to duplicate exactly the system that had been installed in Larchmont. That encompasses a single Advansor rack from Hillphoenix, including four medium-temperature Bitzer compressors (three 25 HP units and one 30 HP unit), two low-temperature Bitzer compressors (4 HP and 2 HP), and CPC XM case controllers. It has a CO2 charge of about 1,200 pounds.

The Millwood store is reclaiming heat from the CO2 system to handle 100% of the store’s hot water and for other uses. The Pelham store does not yet have heat recovery, but DeCicco said he hopes to incorporate it before the second phase of the installation.

All three installations use Trillium adiabatic coolers from Baltimore Aircoil instead of condensers, DeCicco said.

“I am really happy with the system overall,” he said.

DeCicco noted that the costs for the two newest locations were less than for the original Larchmont store, which he estimated was about 10% to 15% higher than a conventional refrigeration installation. The reduced costs at Pelham and Millwood were a result of the company being able to use the preferred copper piping that was specified for the system, rather than welded steel, and also because of the increased familiarity with the system.

As DeCicco & Sons observes the system in operation, the company has taken steps to make it even more efficient, and transferred those efficiencies to its other CO2 stores, DeCicco said. For example, the company has expanded the range of the variable-speed compressor at the original location.

“Whenever we learn something new, we bring it quickly to the other stores,” said DeCicco. “If there are any setting changes, or pressure changes on the rack — anything we can do to save, we do it.”