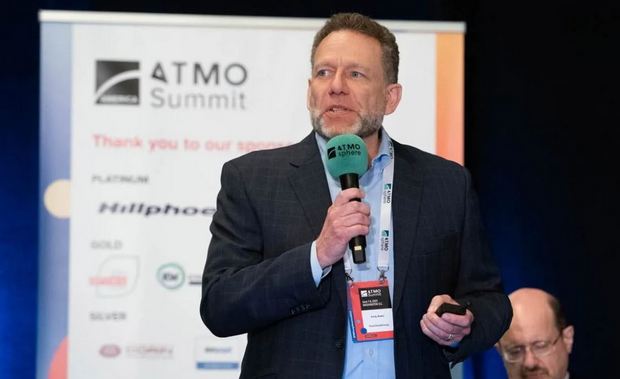 As the race to decarbonize gains momentum and interest in electric heat pumps builds, natural refrigerants, such as CO2 (R744), ammonia/NH3 (R717) and propane (R290), are key to long-term success and sustainability, according to clean energy expert Andy Baker, Owner and Project Manager at Seattle, Washington-based YourCleanEnergy.

Synthetic alternatives such as HFCs and HFOs come with a host of “long-term liabilities” that can minimize the positive impacts of transitioning to electric heat pump technologies, said Baker. This goes beyond GWP and includes toxicity, regulation and cost.

“It’s not so much a choice of low GWP versus high GWP,” he said. “I will argue that the real choice today is natural refrigerants versus synthetics,” he added.

Baker pointed to a lack of knowledge in regard to the use of natural refrigerants in heat pumps.

According to Baker, even among those who are starting to understand the benefits of natural refrigerants, there is resistance due to the ease of developing synthetic refrigerants projects, with their established supply chains and trained engineers.

To overcome this issue, YourCleanEnergy is currently leading an education, policy and advocacy effort to promote the use of natural refrigerants in heat pumps in the Pacific Northwest. According to Baker, the campaign is supported by a range of stakeholders who see natural refrigerants heat pumps as a “viable and safe path” to decarbonizing heating systems in existing and new buildings.

When transitioning from a fossil-fuel-based heating system to an electric heat pump, end users should go one step further and factor the heat pump’s refrigerant into their decision-making process, said Baker.

“You’re making a choice really between a large long-term liability [with synthetic refrigerants] and then the path to natural refrigerants, which gives you greater benefits with fewer liabilities,” said Baker.

He explained that with synthetic refrigerants, there are several issues relating to their use, such as high-GWP, the production of long-lasting toxins like trifluoroacetic acid (TFA), phase-out regulations, end-of-life disposal, availability and rising costs. However, with natural refrigerants they are generally easy to source, competitively priced and have very low GWPs. For example, CO2, ammonia and propane all have a GWP of one or less.

Baker has decades of experience promoting CO2 as a refrigerant, having consulted on the first installation of an R744-based heat pump to replace an oil or electrical boiler in the U.S. at the Alaska SeaLife Center in Seward, Alaska.

In 2008, in an effort to reduce energy bills, the Alaska SeaLife Center started the process of converting its oil-based heating system to heat pumps that leveraged seawater and included a high-power CO2 system. According to Baker, this project was the most exciting he has ever worked on.

It is estimated that the new system reduced the center’s carbon emissions by 1.24 million lbs CO2e annually and has a pay back period of less than nine years.

Phase one of the project used R134a, and phase two, which was completed in January 2016, transitioned the system over to R744.