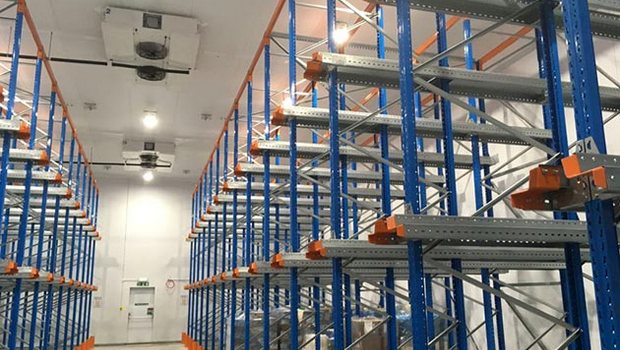 Cold store rental company Dawsongroup says it has selected Chemours’ Opteon XL40 (R454A) as the alternative to R404A in its range of cold storage solutions for the European market.

R454A, with its GWP of 239, is said to offer improved performance, higher capacity and greener credentials compared to R404A.

Dawsongroup’s decision to adopt R454A is said to have been based on the successful implementation of XL40 at the new Oldham logistics and storage facility of cake and dessert supplier Park Cakes.

Park Cakes was looking for a low GWP refrigerant for its new 1,805m³ low temperature cold store that met both their sustainability goals and operational needs.

Since installation in September last year, the system is said to have been performing reliably. Based on this, Dawsongroup says it intends to expand the use of Opteon XL40 in its fleet, choosing the lower GWP solution over other options such as CO2, ammonia, and hydrocarbons which, although having a low GWP, were not considered suitable for the application.

Looking for an alternative to R404A, Dawsongroup conducted tests with Opteon XL40 at its site in Sutton-in-Ashfield. Dawsongroup subsequently recommended the new refrigerant from Chemours over CO2, hydrocarbons, or ammonia.

“Selection of the correct refrigerant for the specific application and meeting the needs of the end user was critically important,” explained Dawsongroup technical manager Kevin Smith. “Alternative refrigerants such as CO2, hydrocarbons or ammonia have proven unsuitable for this project because of equipment unavailability and complexity, high flammability or toxicity risks. This led to the ultimate choice of Opteon XL40 with properties close to that of R404A, allowing the existing equipment design to be used. The mild flammability of this refrigerant can be handled by regular service engineers after simple training, and its very low GWP secures its long-term viability.”