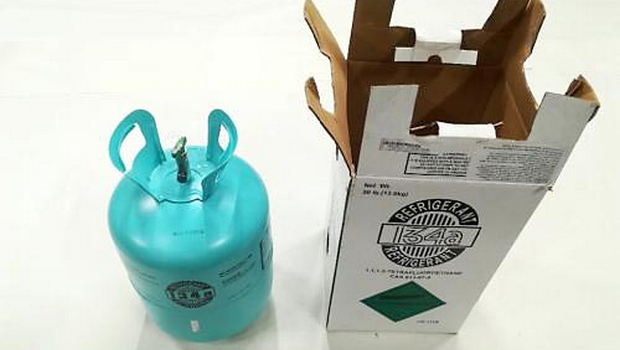 Tests on the contents of illegal disposable cylinders, which have been flooding the European market, have revealed that some may contain dangerous mixtures.

General Gas, a leading Italian refrigerant distributor, has revealed that tests on at least one of those illegal cylinder, supposedly containing R134a, contained a mixture of several components including the now illegal HCFC R22.

The European F-gas phase down has led to an unprecedented increase in refrigerant prices, prompting the less scrupulous to import cheap gas from abroad. Much of this gas is in illegal disposable, non-refillable cylinders, which were banned in Europe in 2007. It is also thought that the gas is being brought in outside of the European quota system and may be being sold to non F-gas registered persons.

The Cooling Post first highlighted incidents of suspect refrigerant being sold on internet auction sites and elsewhere in March. Since then, the problem has increased with Poland and Greece reporting to be particularly affected.

In a statement on its website, General Gas said that it was “witnessing a decidedly worrying phenomenon, which creates serious risks for both the environment and for the safety of technicians and end users.”

“The phenomenon seems to have been particularly striking in the car air-conditioning sector (R134a), but also the refrigeration markets (R404A) and residential air-conditioning (R410A) do not seem to be exempt from this criminal practice,” General Gas says.

It accuses “unscrupulous operators” of seeking easy gains by illegally importing and commercialising refrigerants that are not covered by the F-gas quota, are packaged in illegal non-refillable cylinders, are not compliant with the REACH regulations and asserts that the refrigerant is probably being made available to personnel and companies that do not have F-gas certification.

General Gas also points out that single-use, disposable cylinders are built to DOT39 regulations – legislation that is not in force and therefore unacceptable in the EU. Therefore, they do not comply with the Transportable Pressure Equipment Directive or possess the necessary CE marking.

Warnings have also been circulated by Assogastecnici, Italy’s national association of technical, special and medical gas production and distribution companies, that those breaching F-gas and national regulations face the prospect of up to nine months in jail or fines of up to €150,000.