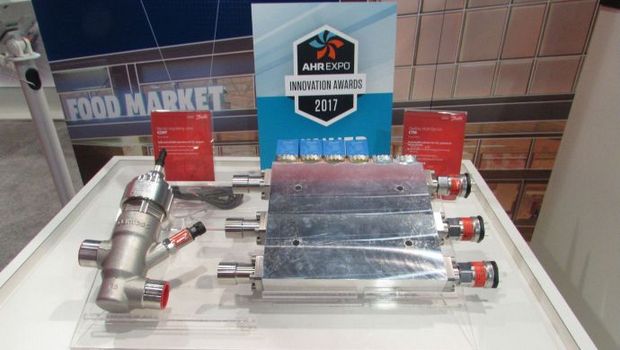 Danfoss has about 30 test installations of the gas ejector in Europe and Africa and is in the process of running its first U.S. retail installation in the Atlanta area, said Knudsen, adding “All major OEMs are testing in in their labs.” ]

Notably the multi-ejector contains up to six ejectors of varying sizes, allowing it to modulate to different ejectors depending on load demands.

Working with a parallel compressor in a transcritical CO2 system, the ejector saves between 10% and 20% on energy consumption (depending on the ambient temperature) compared to a conventional booster transcritical system, he said. “The hotter it gets, the more an ejector saves.” Moreover, it “reduces compressor power to the point where in large systems you could eliminate a compressor, which helps to reduce first cost.”

In the North America, parallel compression in transcritical systems is just beginning to be used in the field, Knudsen noted.