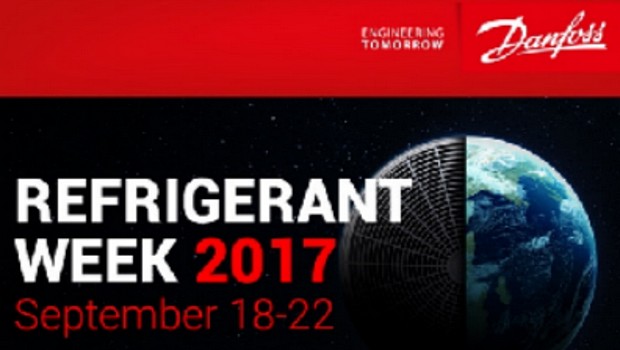 Danfoss is the host of Refrigerant Week, which is a part of Climate Week NYC, held September 18-22.

The recent webinar, called “Navigating Refrigerant Choices & EPA SNAP Rules For Commercial Refrigeration Applications,” began with an overview of natural refrigerants, and their applications worldwide, and ended with a look at the EPA SNAP program.

Specifically, the webinar focused on the regulatory blow to the EPA after it lost a lawsuit in a 2-1 federal appeals court decision to two foreign-based chemical companies on August 8 – thereby stripping the agency of grounds to regulate HFCs under SNAP. But ultimately, Danfoss affirmed, natural refrigerants are where regulation is taking the market.

The EPA did not meet a deadline today (September 22) for appealing the decision. However, the Natural Resources Defense Council (NRDC), Chemours and Honeywell – intervenors in the case – announced today that they were asking the full federal appeals court in Washington to rehear and reverse the three-judge panel’s ruling. The EPA’s rules on HFCs remain in force until the litigation is resolved, the NRDC noted.

The circle that Nitz is referring to started in 1834 with the invention of the vapor compression process, and proceeded through the subsequent invention of CFCs, HCFCs and HFCs. The end of the circle, guided by the European commitment to HFC phase-down and the Montreal Protocol, comes back to natural refrigerants.

“Regulation certainty is driving technology development,” Nitz said of an industry return to natural refrigerants. “Energy-efficiency is the winning parameter. Safety is the qualifying parameter.”

Phase-down of HFC consumption in the U.S., Nitz pointed out, still lags behind Europe.

One way that the U.S. was poised to catch up with Europe was through EPA SNAP program rules delisting HFCs for use in certain applications. But those rules were stalled after the chemical companies – Arkema and Mexichem Fluor – won their suit against EPA – claiming the Clean Air Act gives the EPA authority to regulate only ODSs.

A consequence of the ruling, Jeff Warther, Danfoss’ air-conditioning marketing manager, said, has been marketplace confusion – people not knowing if HFCs are “in or out” – and the rallying point of manufacturers who hope to convince the EPA to appeal the court’s decision or revisit how to regulate HFCs.

The EPA’s options now, Warther said, are “retroactive disapproval,” where the agency would argue for retroactively regulating HFC substitutes; invoking the Toxic Substances Control act, or asking to Congress to allow HFC regulation. (A number of industry stakeholders are asking Congress to ratify the Kigali amendment to the Montreal Protocol, which has established a global phase-down schedule for HFCs.)

Word on how the EPA’s lawyers would proceed was expected Friday, September 22, but the agency made no announcement. However, the federal appeals court is still likely to ask the agency to respond, according to the NRDC.

“During this time of uncertainty,” the company’s online statement following the SNAP ruling read, “Danfoss is continuing its work to develop and qualify refrigeration and air-conditioning components that will be used in efficient, environmentally-friendly equipment for our global markets.”

The key takeaways from Danfoss’ webinar were that the HFC phase-down is a global issue, and no matter what happens with the EPA court decision there are overriding reasons to switch to natural refrigerants. Those who start installing new stores with natural refrigerants, or retrofitting current stores, will ultimately be at an advantage.

“Early adopters [of natural refrigerants] benefit by gaining applied know-how and creating sites of knowledge for others to look to,” Warther said.

“Danfoss’ thoughts on the EPA SNAP ruling” Danfoss’ director of public affairs, Mark Menzer added, “are, We expect high GWP HFCs to continue to phase-down, despite what’s happening in Washington.”