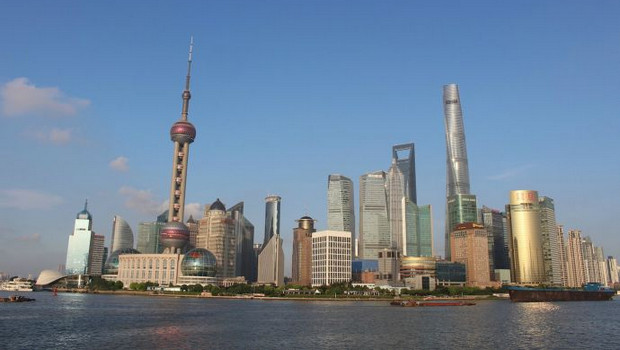 The Danish manufacturer is banking on ejector technology to help make a success of CO2 transcritical systems in China’s warmer climate.

Efficiency gains from fitting ejectors to CO2 racks will lead to wider uptake of transcritical systems in China, Danfoss representatives said at the Danish company’s CO2 roadshow in China.

“In the last twelve months, we’ve stepped to our efforts on ejectors, which bring big improvements to transcritical CO2 systems for warmer climates. This is why it’s a good idea to bring this technology to China now and to promote it here, because China has a warmer climate than Europe,” said Hans Ole Matthiesen, Global Segment Director, Danfoss Refrigeration and Air Conditioning.

Government policy is also directly influencing refrigerant choice in the Chinese HVAC&R sector, particularly in the context of last year’s Kigali Amendment to the Montreal Protocol on phasing down HFCs worldwide.

Danfoss installed its first CO2 system in China in 2011, in a Tesco supermarket. At that time, only two contractors were capable of managing CO2. Fast-forward to 2017, and times have changed. Five contractors are capable of delivering CO2. And Tesco operates 32 cascade systems in the country – all supported by Danfoss.

Local retailers are beginning to pilot CO2 systems in their stores too. “Today we’re on the right track. Of course, most people are still working on cascade systems. We’re not yet working on CO2 transcritical systems in China, but looking at the policies, the competence level, and the intention from the market, I personally believe it will come very soon,” Zhu said.

In the early stages of CO2 transcritical development, the rack systems tended to be more expensive than their HFC or HFO-based counterparts. But Zhu believes this is changing.

“Today, if we ask retailers in Europe what is cheaper between an R404A or a CO2 system, many of them would come back and say CO2 systems are cheaper – or at least at the same level as an HFC system,” Zhu said.

“Once you have a technology whose cost is better or at the same level, but its efficiency is higher, there is no barrier to go through,” he argues. He believes this threshold has already been reached in Europe but admits that there is still some way to go in China.

Training technicians to operate CO2 systems continues to pose challenges but Zhu is confident that this can be overcome. “It’s something we’re working on. You only need a few retailers – like Lawson in Japan or METRO in China – to go out and start the market, and then others will follow because you have a base of trained technicians,” he said.

Worldwide, Danfoss has already installed over 10,000 transcritical CO2 racks. It recently fitted its first in Russia, in a Magnit supermarket in Moscow. “The project manager is expecting energy savings of 20% energy over the R404A systems he has been using until now,” said Matthiesen.

“We’ve delivered nearly 60 multi-ejectors to the market,” said Matthiesen. “We tried to limit distribution to make sure we had a successful launch of the product, and to make sure that our customers have a good experience,” he explained.

Soon, the company will be ready to rollout the ejector on a much wider scale, once it has put in place the necessary support, documentation and a simple controller.

Opinions vary as when the CO2 transcritical wave that is sweeping Europe – and making progress in the United States – will reach China.

“Personally, I think that at least in the short term, large and mainstream applications will be with cascade, because you need some time to master the technology compared to HFCs,” Zhu said.

Nonetheless, he is confident that the energy savings delivered by CO2 transcritical systems will encourage retailers in China to adopt the technology.

“Of course, there will be some challenges regarding level of know-how. We still need to bring the infrastructure to the market,” said Zhu, citing availability and understanding of components as well as training levels among contractors and technicians among the issues to address.

“The biggest challenge is that we’re promoting something different from what people are used to working with. To train people, you need the right infrastructure, the right training materials, and the right equipment in place in China,” Zhu explained.

Describing the Chinese refrigeration market as having been “conservative for years”, the Danfoss representative warns that accelerating the CO2 transcritical rollout will be a steep learning curve – for industry associations, government agencies and refrigerant suppliers alike.

Zhu expects 100 CO2 cascade systems and perhaps one or two CO2 transcritical systems to be installed in China within the next five years. As a developing country in which the commercial refrigeration market is yet to mature, he believes China has an opportunity to transition from HFCs straight to natural refrigerants.

“We should work together to promote CO2 because this is the endgame for the whole industry. We need to make people step out of their comfort zones,” he said.

With this is mind, Danfoss is touring China to communicate the benefits of using innovations like electronic controls, case controls and expansion valves to deliver energy savings to the tune of 15-30%, helping retailers to reduce their operating costs.

“We need to change the mindset,” Zhu said.