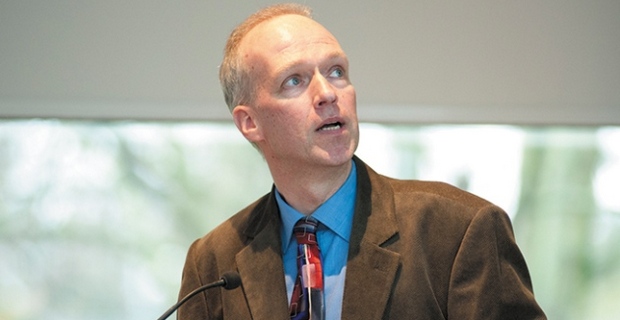 It isn’t often that atmospheric chemists get to help save the world, but Guus Velders had his chance in October. He was attending inter­national negotiations in Kigali, Rwanda, that were seeking to phase out production and use of hydrofluorocarbons (HFCs), extremely potent greenhouse gases commonly used in air conditioners.

Most nations had agreed on an aggressive timetable to begin eliminating the compounds, but India and a handful of other countries wanted an extra four years. After plugging the numbers into a model on his laptop computer, Velders informed negotiators that this particular concession would have little impact on the planet.

That and his earlier work helped to smooth the way for a widely hailed global accord, which was signed on 15 October. Velders, a soft-spoken researcher at the National Institute for Public Health and the Environment in Bilthoven, the Netherlands, is proud of the part he played. “I’ve never been involved in a process that leads to a global agreement on climate before,” he says.

It was no coincidence, however. Colleagues say that Velders has become the world’s expert on HFC emissions, and that nobody else could have provided such rapid analysis in Kigali. He is part of a community of scientists that has helped to refashion the 1987 Montreal Protocol — an international agreement designed to protect the stratospheric ozone layer — into a tool with which to fight global warming.

The refrigerants that fall within the scope of the protocol are also powerful greenhouse gases, and Velders’ team showed that the Montreal agreement actually did more to control global temperatures than did the 1997 Kyoto Protocol climate treaty. More recently, the team projected how much warming HFCs were likely to cause over the twenty-first century. That helped to set the stage for the agreement on HFCs, which was reached as an amendment to the Montreal Protocol.

“The Velders team always answered the right questions at the right time,” says Durwood Zaelke, president of the Institute for Governance & Sustainable Development, an advocacy group in Washington DC. “It’s safe to say that we wouldn’t have this agreement without them.”

Now it’s back to the drawing board for Velders’ team. Their scenario about how HFC emissions would grow over time was rendered obsolete by the new agreement to ban them. That’s the kind of intellectual setback that Velders heartily accepts.