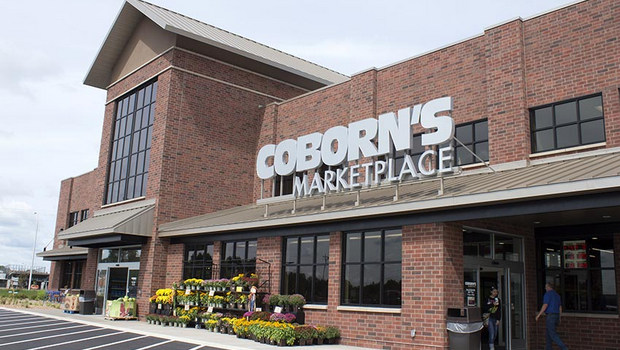 A Midwestern retail chain has chosen the lower GWP refrigerant R448A over CO2 for a new store in Isanti, Minnesota.

While CO2 is becoming accepted as the mainstream refrigerant for supermarkets, Coborn’s Inc carefully weighed up the pros and cons and went for a traditional system using R448A.

Coburn’s Inc, which operates more than 50 supermarkets and 120 stores throughout the Midwest, required a refrigeration system for its new 45,000ft2 supermarket in Isanti, where more than 50% of the floor space would be dedicated to fresh food.

The retailer evaluated systems using R448A, developed by Honeywell and sold as Solstice N40, and carbon dioxide (CO2). It determined that a conventional system using R448A was best for the Isanti store, future new supermarkets and stores, and upcoming retrofits.

R448A has a GWP of 1273. It is non-ozone-depleting and nonflammable, and is approved for use by major compressor manufacturers. Compared to R404A, the refrigerant it is designed to replace, it is said to demonstrate 3% lower energy consumption in low-temperature applications and 5 to 16% lower energy consumption in medium-temperature applications.

Coborn’s estimates are said to have shown that a CO2 transcritical installation would cost 20% to 30% more than a Solstice N40 system. In addition to the greater cost of design and equipment to support CO2, Coborn’s was concerned that there would be serviceability issues related to low availability of parts and a limited pool of trained technicians.

“The decision to go with a Solstice N40 refrigerant system was easy because it was significantly more cost-effective than CO2 and offered terrific energy efficiency,” said Chris Braun, Coborn’s project manager for construction, refrigeration and maintenance.

“Demand for energy efficient refrigerants like Solstice N40 is growing at an unprecedented rate, as the supermarket industry transitions to solutions that cut costs, meet regulations and achieve environmental goals,” said David Cooper, business director, Honeywell Refrigerants. “The ease of conversion from previous-generation refrigerants to Solstice N40 means that companies like Coborn’s can easily plan their future stores and retrofit an entire chain of stores in the short term, and realise significant energy savings in the long term.”