CO2 refrigeration saves it for Carrefour 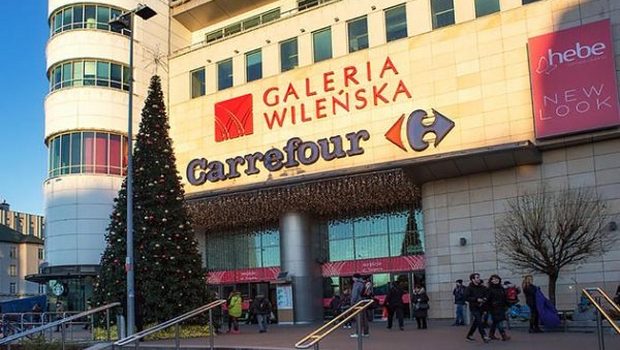 In a move to cut energy use by 30% by 2025, Carrefour Polska is implementing a number of measures including CO2 refrigeration, geothermal technologies and LED lighting.

The Polish arm of the French multinational retailer says it already operates energy-efficient LED lighting in nearly 80% of its supermarkets and hypermarkets, CO2 refrigeration in 38 chain stores and geothermal technologies in five stores.

The replacement of traditional lighting with LEDs will be implemented in a further 29 stores by the end of the year. The installation is expected to reduce energy consumption by 20-30%.

Cooling is also undergoing modernisation. HFC refrigeration systems have been replaced with CO2 systems in 38 chain stores, with average savings of 30 to 40% expected.

A significant drop in electricity consumption of nearly 40% is also said to have been achieved by the implementation of innovative geothermal installations for heating and cooling in Carrefour stores in Sosnowiec, Zamość, Olsztyn, Gdańsk and Warsaw.

In addition, Carrefour Polska is also modernising ventilation systems in its stores, and installing solar panels on the roofs of selected hypermarkets.