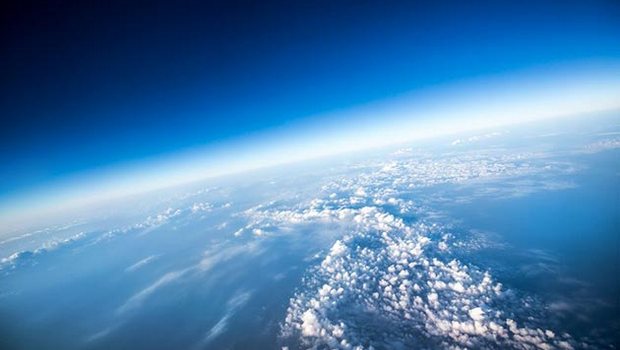 Researchers at the University of Bristol have pinpointed eastern Asia as the source of a large proportion of emissions of an ozone-depleting precursor used in the production of refrigerants.

The compound, carbon tetrachloride, was previously widely used as a solvent and as a fire suppressant, as well as being employed as a precursor in the production of CFC refrigerants. Known as R10 in the air conditioning and refrigeration industry, it continues to be employed in the production of a number of products, including some HFCs and HFOs.

Production of carbon tetrachloride has been banned throughout the world since 2010 for uses that will result in its release to the atmosphere. However, recent studies have shown that global emissions have not declined as expected, with about 40,000 tonnes still being emitted each year.

The origin of these emissions has puzzled researchers for many years. Alongside collaborators from South Korea, Switzerland, Australia and the USA, researchers at the University of Bristol aimed to quantify emissions from eastern Asia.

To do this, they used ground-based and airborne atmospheric concentration data from near the Korean peninsula and two models that simulate the transport of gases through the atmosphere.

Their results, published in the journal Geophysical Research Letters, show that around half of the “missing” global emissions of carbon tetrachloride originated from eastern China between 2009 and 2016.

Lead author, Dr Mark Lunt, from the University of Bristol’s School of Chemistry, said: “Our results show that emissions of carbon tetrachloride from the eastern Asia region account for a large proportion of global emissions and are significantly larger than some previous studies have suggested.

“Not only that, but despite the phase out of carbon tetrachloride production for emissive use in 2010, we found no evidence for a subsequent decrease in emissions.”

In fact, emissions from certain regions may have increased slightly since 2010. The results from the study show the emergence of a new source of emissions from the Shandong province of China after 2012.

Whilst the results of this and earlier studies in Europe and the USA now explain a large part of the global distribution of carbon tetrachloride emissions, there are still large gaps in our knowledge. Furthermore, recent reports have suggested that very large amounts of this gas may be emitted inadvertently during the production of other chemicals such as chlorine.

Dr Matt Rigby, reader in atmospheric chemistry at the University of Bristol and co-author, said: “Our work shows the location of carbon tetrachloride emissions. However, we don’t yet know the processes or industries that are responsible. This is important because we don’t know if it is being produced intentionally or inadvertently.

“There are areas of the world such as India, South America and other parts of Asia, where emissions of ozone-depleting gases may be ongoing, but detailed atmospheric measurements are lacking.”

In May, a team at the National Oceanic and Atmospheric Administration revealed that atmospheric emissions of ozone-depleting CFC11, a refrigerant banned in 2010, increased by 25% from 2014 to 2016, with about 13,000 tonnes a year estimated to have been released since 2013.

In the wake of this report, the Environmental Investigation Agency uncovered evidence from 18 different companies in 10 Chinese provinces, confirming their use of CFC11 as a blowing agent in the manufacture of foams to insulate buildings and appliances.