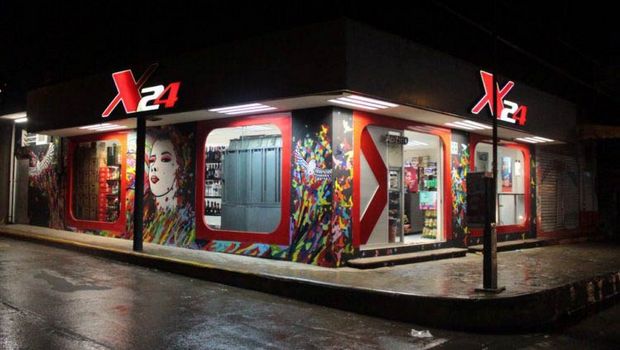 Super X24, a Mexican retailer with more than 100 convenience stores across Veracruz, plans to convert all of them to lower GWP refrigerant R449A.

The retailer’s first project in a new store in Xalapa was developed by Grupo Bioenergía and Grupo Mereti. The chilling system, originally designed to run with R404A, uses a Bohn condensing unit, with Scroll compressor for medium-temperature applications (dairy products and sodas, among others).

The Opteon refrigerant is also compatible with polyol ester (POE) oil, requiring no major modifications of the current system design.

The R449A used in the condensing units is said to have shown improved cooling capacity and energy efficiency. Monitoring of the system’s performance revealed a cooling capacity of 14.1kW, compressor power of 3.6kW and an average COP of 3.9 – all improvements on R404A.

As a result of the success of this project, Super X24 now has six stores operating with Opteon XP40, and it is planning to retrofit all of its existing R22 and R404A chilling units to R449A.