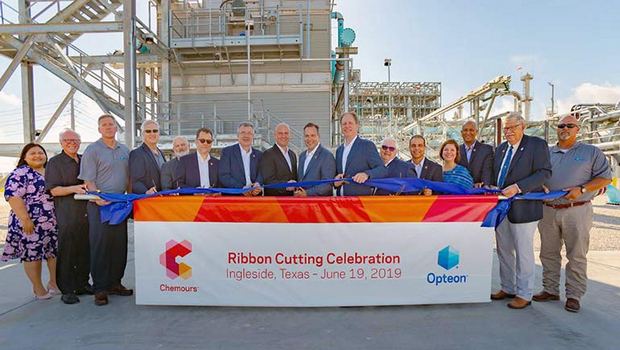 Production at the plant, which began in February, will triple Chemours’ output of the refrigerant, which is used in millions of vehicle air conditioning systems and as a blend in many new lower GWP refrigerant blends.

Chemours and its predecessor companies have been manufacturing refrigerants in the Coastal Bend since 1972. The site now employs approximately 250 employees and 100 contractors.

“This is a historic moment for our young company, and we’re thrilled to increase our production capacity of Opteon to help meet our customers’ needs today and in the future,” said Mark Vergnano, Chemours president and CEO.

Chemours estimates that the number of cars using R1234yf is expected to grow to 145 million by the end of 2020.