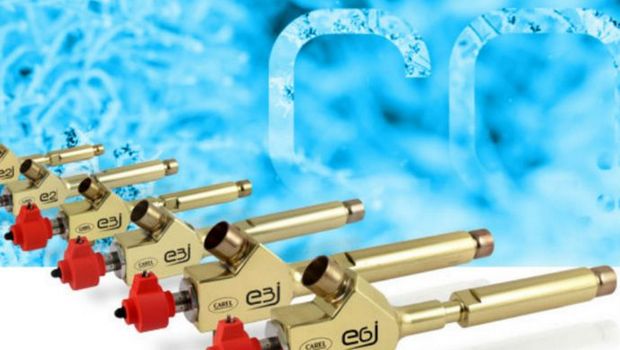 “After the interest we got in Europe, this is another important market for CO2 transcritical,” said Brandon Marshall, application manager refrigeration, Carel USA, based in Manheim, Pa., at the AHR Expo in Chicago last month. “The ejector should facilitate this.” Ejectors enable transcritical systems to run efficiently in warm climates.

The EmJ line made its debut in 2016 in partnership with Carrier at the ATMOsphere Europe conference hosted by shecco (publisher of Accelerate America). The ejector is being piloted in transcritical systems installed in 15 supermarkets in Europe. Carel will begin selling it in North America and Europe in June.

“So we’re taking a portion of that suction gas back and thereby increasing the COP on the medium-temperature compressors and saving energy.”