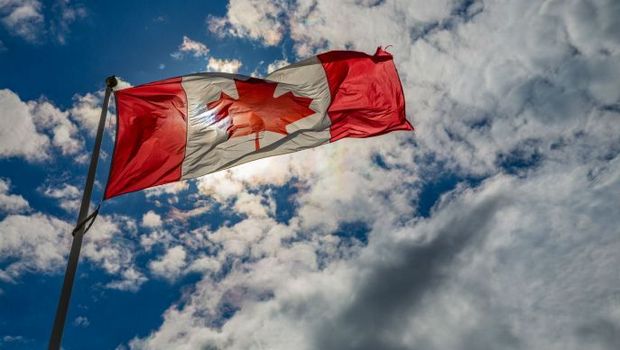 The government of Canada on April 16 launched an HFC phase-down plan to limit HFC consumption by 85% by 2036, in line with the Kigali Amendment to the Montreal Protocol.

Mirroring the Amendment, the plan starts in 2019 with a 10% cut to “baseline” levels of HFC consumption, which are calculated using the consumption of HFCs and HCFCs from 2011 to 2013. The plan also puts caps on the GWP of gases that can be used in specific applications. The continuing reductions and caps are expected to bolster the transition to low-GWP alternatives like natural refrigerants.

In 2014, Canada’s Department of Environment and Conservation issued a Notice of Intent indicating the intention to regulate HFCs at national level and align with U.S. legislative measures as much as possible. Since then, the government put forward a plan in 2016 on measures to cut HFCs, including an HFC phase-down and sector-specific bans.

After receiving comments in 2016 and 2017, the full plan was announced in October 2017 with a set of regulations amending the existing Ozone-depleting Substances and Halocarbon Alternatives Regulations; the changes include the following:

Much of the regulation focuses on imports since HFCs are commonly imported into Canada in bulk for use in the manufacture, servicing and maintenance of refrigeration and air-conditioning equipment, and in the manufacture of foam-blowing products.

Under the plan, bulk HFCs will receive an individual consumption allowance, which, when added together, will total Canada’s consumption baseline.

These consumption allowances will be distributed based on an individual importers’ share of Canada’s total HFC consumption in 2014 and 2015. The overall percentage reduction from the baseline, which is slightly different than under the Kigali Agreement, will be as follows: 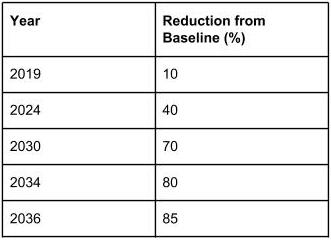 Under the second part of the plan, the use of high-GWP HFCs will be prohibited in specific products as of a certain year, as follows: 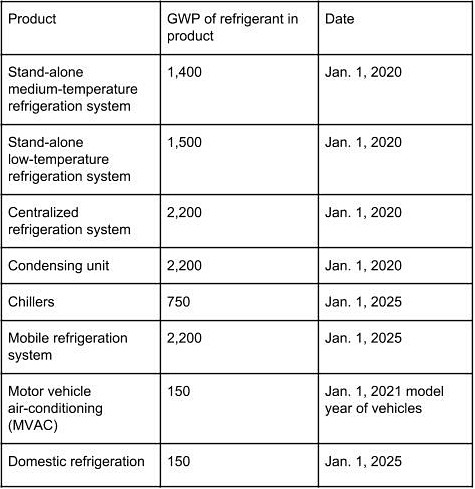