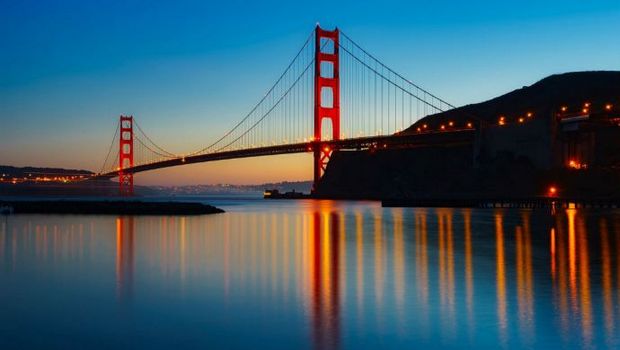 Those EPA’s HFC prohibitions, developed under its SNAP (Significant New Alternatives Policy) program, were curtailed last year in a decision by the D.C. Circuit Court of Appeals. That decision, a 2-1 ruling issued by a three-judge panel last August, said the EPA could not require incumbent users of HFCs to replace those refrigerants with more climate-friendly alternatives because HFCs, though powerful greenhouse gases, don’t harm the ozone layer.

Honeywell, a maker of HFOs, an HFC alternative, has appealed the ruling to the Supreme Court, following the Appeals Court’s refusal to rehear the case in January.

“[CARB’s] action today preserves the federal limits on the use of these powerful chemicals and refrigerants, and provides more certainty to industry,” said CARB Chair Mary D. Nichols, in a statement. “We applaud the actions of many industries, which already have made significant investments in developing and using more climate-friendly alternatives to the high-global warming HFCs.”

California is experiencing the effects of climate change and has committed to take action in order to meet state and federally mandated emissions reduction goals.

Under Senate Bill 1383 (SB 1383), a law authored by Senator Ricardo Lara in 2016, California must reduce HFC emissions by 40% below 2013 levels by 2030. This year, Lara introduced the California Cooling Act (SB 1013) to target HFCs and offer incentives for businesses and residents to switch to low-polluting air conditioning and refrigeration.

California already has established an approach to reduce short-lived climate pollutants (SLCPs), which include methane, black carbon and a range of powerful climate-changing chemicals and refrigerants, such as HFCs.

CARB was relying substantially on the EPA’s SNAP rules to help meet California’s emission reduction goals for HFCs, which in turn are important to ensure California ultimately meets its larger climate goals. “As a result of the recent court decision, California had to pass its own regulation to ensure it could meet those goals,” CARB said in a statement.

The regulation affects certain stationary refrigeration and foam end-uses. It preserves emission reductions from specific sectors with past or shortly upcoming compliance deadlines and will “prevent manufacturers from backsliding to start using high-global warming HFCs again,” said the CARB statement. CRB noted that most manufacturers already have transitioned, or begun the transition, to alternatives that have less of an impact on climate.

The regulation that CARB adopted applies mainly to equipment manufacturers, which cannot use prohibited HFCs in new refrigeration equipment or foams. Prohibited HFCs cannot be used in new equipment and materials in California for the following end-uses:

Also under the new regulations, manufacturers are responsible for a disclosure statement that must certify the product uses only compliant refrigerants or foam expansion agents.

The regulation will lead to in an estimated 3.4 million metric tons of CO2 equivalent emission reductions annually by 2030. “While more reductions are necessary for California to meet its legal mandate imposed by SB 1383, this regulation is a good start,” said CARB.

Christina Starr, climate policy analyst for the Washington, D.C.-based Environmental Investigation Agency (EIA) sees CARB’s decision to incorporate SNAP rules having national impact. “California is a significant portion of the U.S. market, not to mention that other states could follow their lead in the not-so-distant future. It sends a strong signal to other states that are actively considering ways to contribute to U.S. climate action.”

Starr also expects CARB’s move to impact the economics of producing HFC systems for some manufacturers. “Smart companies recognize this trend continuing, and will focus even more on supplying and purchasing equipment that is designed for refrigerants they can continue to use well into the future,” she said.

But she described CARB’s SNAP effort as a first step. “Now we expect they will start looking at more comprehensive measures that go well beyond the SNAP rules,” she said.