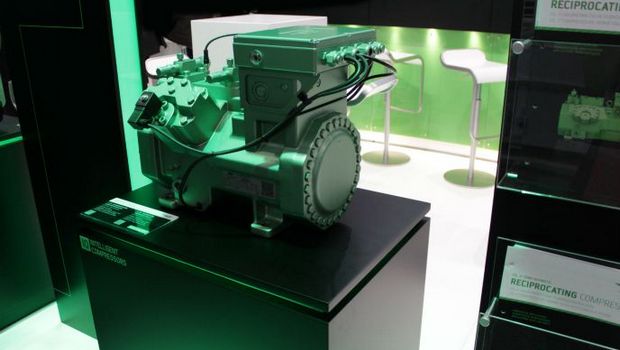 With the launch of its new four-cylinder compressors for transcritical CO2 at EuroShop, Bitzer puts its faith in CO2 for supermarket applications.

A lack of technicians trained to operate CO2 transcritical systems has long been seen as a barrier to wider uptake of natural refrigerants in Europe. A recent European Commission report, published in January 2017, said training uptake is creating a long-term shortage of technicians trained to operate natural refrigerant systems and ultimately making it harder to deliver the EU’s f-gas phase-down.

Bitzer’s SCHAUFLER Academy is helping to change this. Just six months after opening the Academy in the German town of Ergenzingen-Rottenburg, the training centre had its 2,000th visitor.

A key step on the journey to making CO2 “one of the refrigerants of the future,” according to Rainer Große-Kracht, chief technology officer at Bitzer, is the development of the ECOLINE+.

“We have succeeded in making efficient CO2 technology simpler and easier to understand,” Große-Kracht said.

Like others in the ECOLINE+ series – which was first presented at Chillventa – the new four-cylinder reciprocating compressor launched at EuroShop offers optimal efficiency both for full- and part-load and is easy to integrate into refrigeration systems.

It is equipped with new line-start permanent magnet motors (LSPM), an enhanced motor technology that forges ahead into better efficiency ranges.

The mechanical capacity control for transcritical CO2 applications is also new, which enables systems to go without frequency inverters.