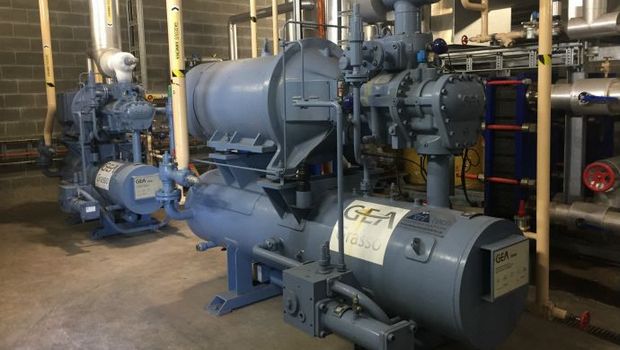 In a sign that an increasing number of industrial end users are recognising the benefits of moving to natural refrigerants, Australia-based freshly prepared chilled and frozen meal manufacturer Jewel Fine Foods opted to install an ammonia-based refrigeration system at its new factory in Sydney.

The new factory is located in Banksmeadow, a suburb of Sydney. The system was commissioned in early 2017.

For the new factory, Jewel Fine Foods chose to use an ammonia-based system for the factory’s refrigeration and process cooling needs.

“The refrigeration and process cooling requirements for this facility were large and are expected to grow,” according to Tri Tech Refrigeration, the installation contractor selected for this project.

“A system with synthetic refrigerants would have resulted in significant on-going energy and maintenance costs. Ammonia, being a natural refrigerant and widely implemented in large industrial refrigeration systems across Australia, was the first choice as the primary refrigerant for this system.”

Tri Tech Refrigeration is one of the largest industrial refrigeration contractors in New South Wales, specialising in ammonia and CO2-based systems.

Jewel Fine Foods supplies chilled and frozen meals to some of Australia’s largest retailers including Coles, Woolworths, Aldi, Costco and IGA, among others.

The company has been growing rapidly since winning contracts to cater for the Sydney Olympic Games in 2000 as well as the Commonwealth Games in 2006 and 2018.

In 2015, at the firm’s old facility, it supplied 15 million ready-made meals for supermarkets throughout the country.

“From there we just kept growing, and in 2017 moved into an even bigger, purpose-built factory nearby to cater to future growth and exports,” the company states on its website.

For the factory’s ‘High Care and Low Care’ cold storage rooms, air-conditioned rooms and critical process equipment, chilled propylene glycol is circulated, the cooling requirements of which are served by a GEA DuoPack compressor package.

In addition, a GEA ‘M’ series compressor package provides the cooling capacity to supply chilled water for critical process equipment and for air conditioning in the factory’s cooking area.

According to Tri Tech Refrigeration, the end user is “very happy with the outcome and has continued to engage Tri Tech for further upgrades to the refrigeration system to cater for increased production”.