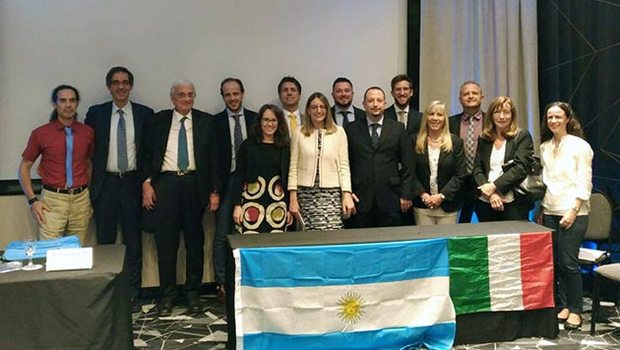 The European F-gas refrigerant training and certification scheme is to be emulated in Argentina as the country seeks to move to low GWP alternatives.

“Training and certification of technicians is the only direction to take in order to guarantee a safe future for the systems and the servicing technicians working on them,” said CSG’s Marco Buoni following conferences in Buenos Aires and Rosario last week.

“We would like to move directly to alternative refrigerants without passing through HFCs,” Laura Beròn, coordinator of Argentina’s Ozone Office for the Ministry of Environment told the conference.

Francesco Mastrapasqua, EPTA’s refrigeration systems sales and marketing manager, revealed: “We already have 11 supermarkets with alternative refrigerants in this country working with CO2 transcritical systems. They could be a leading example for the widely expanded network of supermarkets in the country, which is mostly condensed in the three provinces of Buenos Aires, Cordoba and Mendoza.”

Coop has announced that due to the F-gas phase-down, all future installations in its supermarkets will use alternative refrigerants, either CO2 or new synthetics depending on the bid and the technical requirements. The forecast is that around 50% of new installations will be CO2 cascade systems.