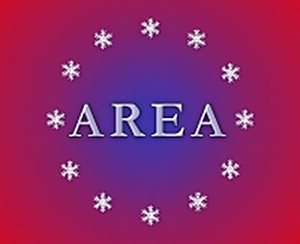 AREA has raised concerns about a illegal imports and black market trade in refrigerants in a submission to the European Commission.

In its reply to the European Commission’s consultation on the effectiveness of the European ODS regulations, AREA, the European refrigeration and air conditioning contractors’ group said it was generally supportive of the regulation, which, it says, has proven to be efficient in reducing consumption of ODS and encouraging their replacement by HFC and natural refrigerant alternatives.

However, AREA however points out that the situation is not uniform across the EU, notably as regards recovery and destruction. It also points out that some countries are more exposed to refrigerant smuggling, an issue that it says is also becoming of increasing concern in the context of the HFC phase-down.

The recovery and destruction in some countries is very low, says AREA. It suggest that in some cases consumer information campaigns could encourage changes in habits to achieve faster reduction.

AREA agrees that the European regulation has led to a more effective reduction in the consumption of ozone-depleting substances but that a black market and illegal imports have developed as a result.

However, it agrees that the unified EU agreement, rather than individual member states’ regulations, has minimised cross-border smuggling. “It is likely that diverging national regulations on ozone-depleting substances would generate smuggling,” AREA warns.

“It should also be noted that in some countries there are still significant quantities of R22 circulating in the black market and old systems that are topped up using these illegal quantities. Such systems are the most likely to produce leakages but it is cheaper to re-charge than to repair the leak. Without worldwide banning production of R22 and other ODP gases the market will continue to use them illegally,” AREA said in its reply.

The public consultation was initiated by the European Commission to check if the ODS Regulation (1005/2009), which exceeds the provisions of the Montreal Protocol, is still relevant by analysing its provisions, particularly the ones permitting exemptions.

The regulation was introduced in 2010 to implement the Montreal Protocol, which has been in force since 1989, and seeks to phase out substances such as CFCs, HCFCs, halons, carbon tetrachloride and methyl bromide.