Ammonia in China: priority needs to be placed on ‘safety and sustainability’, Danfoss says 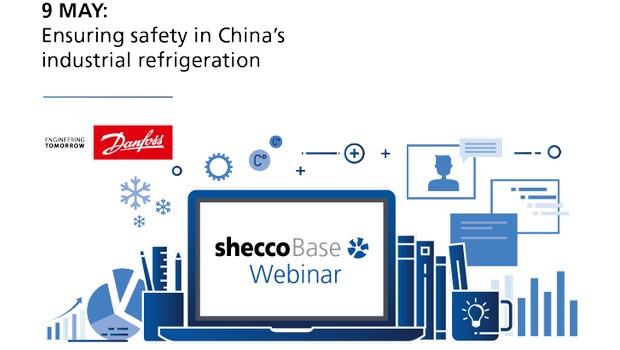 The webinar, hosted by sheccoBase, the market intelligence arm of shecco, primarily focussed on safety in industrial refrigeration in China.

“Classic ammonia systems have been challenged, and one reason has been the tragic accidents which happened in the past years in China caused by local ammonia installations”, Strand explained.

Adding, “This has led to a situation where we see new solutions coming in, but we also see new systems being built using old refrigerants such as R22. This is very unfortunate because we do see many options to reduce the ammonia charge in different ways”.

He said to deal with this ammonia risk new technologies for large industrial refrigeration systems, such as Ammonia DX, Ammonia/CO 2 cascade, and super low-charge ammonia-based equipment must be introduced to the Chinese market. These can help reduce significantly safety risks, while ensuring sustainable development, energy efficiency and affordability.

One of the biggest barriers to ‘safe and sustainable’ cooling, outlined by Strand, is training technicians to handle and service these new systems. “But I’m sure that with the support of the Chinese authorities and the regulatory framework, we will jointly be able to provide also to the Chinese market these new safe and energy efficient solutions, based on natural refrigerants,” he said.

Standards and guidelines for safe use of ammonia in China

Jackie (Lun) Xiao, marketing communications manager at Danfoss China, explained the company is cooperating with the Chinese Association of Refrigeration (CAR) to assess the safety levels required in ammonia-based installations in industrial refrigeration plants in China.

Danfoss China, together with CAR, is carrying out a detailed investigation of the market, which it believes will lead to the update of standards and specifications for the safe use of ammonia in industrial refrigeration. “The mandatory industrial standard entitled ‘The Safety Specification for Ammonia Enterprises, 2015’ will soon be ready for its 2018 version”, said Lun.

Based on early results of the investigation, Danfoss has already issued recommendations to the Chinese government and industry associations to implement a colour-coded classification system indicating the safety levels of ammonia-based refrigeration plants in the Wuqing district (just outside of Beijing). The classification system would award a green light to companies ensuring maximum safety levels, while unsafe practices would be given a red light.

This Danfoss safety ranking system will then be included in a CAR industrial refrigeration standard for ‘Ammonia system safety evaluation’, which will be another standard on top of the updated Chinese standard – the ‘Safety Specification for Ammonia Enterprises’.

Besides Danfoss, Moon Environment Technology Co. Ltd. (Moontech), gave an example of a technology that could be used to lower the ammonia charge in industrial systems.

“Moontech is the first manufacturer to develop this type of technology in China,” Ju explained.

The company introduced the cascade system in 2008, “and [it] has been widely popular and approved by customers,” she said.