Ammonia/CO2 system found to be energy-saver 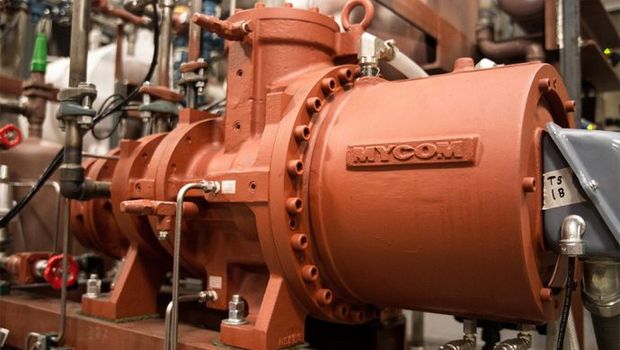 A study of the energy performance of Mayekawa’s NewTon ammonia/CO2 refrigeration system at a candy manufacturing facility in Irvine, California concluded that the NewTon consumes 32% less energy than a baseline R507A system running in the same facility.

The study, which took place last year, is described in the February issue of ASHRAE Journal, which was made available at the AHR Expo in Las Vegas this week.

The study was funded by Southern California Edison (SCE), and took place at a plant operated by Imuraya USA, a manufacturer of Japanese-style mochi (rice paste) snacks. The funding was sourced from California’s Emerging Technologies Program.

The article did not identify the system as the NewTon. However, last July, CIMCO Refrigeration, on its website, announced that CIMCO, Southern California Edison and Mayekawa Manufacturing had installed the NewTon ammonia/CO2 system at the Imuraya USA plant. CIMCO also stated that Mayekawa would monitor the refrigeration system in real time for the operator while SCE would gather and analyze the performance data on both the NewTon and the legacy refrigeration system.

The mochi at the Imuraya plant is stored in a -20F freezer, with a load of 12.2 TR (42.9 kW). The water-cooled NewTon, which uses a screw compressor with a variable frequency drive, has a capacity of 25.6 TR (90 kW) and an ammonia charge of 55 lbs. The price premium for the NewTon installed at the plant was about 30%, the article said.