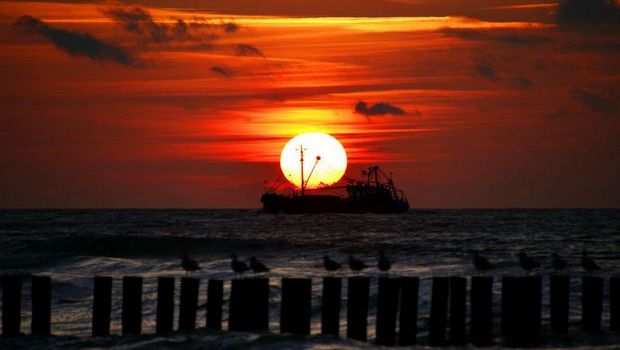 At the Sustainable Management Of Refrigeration Technologies in the Marine And Off-Shore Fisheries Sectors conference in Bangkok, Thailand, attendees heard that most of the Dutch high-sea fishing fleet is now using NH3-CO2 cascades.

Ammonia and CO2 are increasingly competing with one another for industrial refrigeration, but when they work together in fisheries and fish processing like for the Dutch fishing fleet, they can deliver an 8% reduction in energy used compared to traditional ammonia plate freezers.

Speaking at the Sustainable Management Of Refrigeration Technologies in the Marine And Off-Shore Fisheries Sectors conference in Bangkok, Thailand, Alexander Cohr Pachai – technology manager at global refrigeration company Johnson Controls – said: “The temperature is achieved much faster due to the good properties that CO2 has in a plate freezer.”

The key is that CO2 allows the fish to be frozen equally when in the plate freezer.

The CO2 circuit complements the ammonia circuit in that the compressors and overall system size are smaller, thus maximising the space in a trawler.

To ensure the system does not fail, there is also a “[refrigerated sea water] RSW system cooled by NH3,” Pachai said.

The efficiency of the cascade system helps to reduce fuel consumption and increase daily frozen capacity.

In the Netherlands, seven systems have been converted from HCFCs to NH3-CO2 so far, according to Pachai. And there has been “one vessel new built with an ammonia/CO2 cascade,” he says.

Elsewhere, the R22 freezing system in Greenlandic vessel the Polar Princess was retrofitted with 12 vertical DSI plate freezers using an NH3-CO2 cascade freezing system, back in June 2015, that is capable of freezing 200 tons of fish a day.

On the low temperature side, CO2 helps to maintain freezing at a constant temperature.