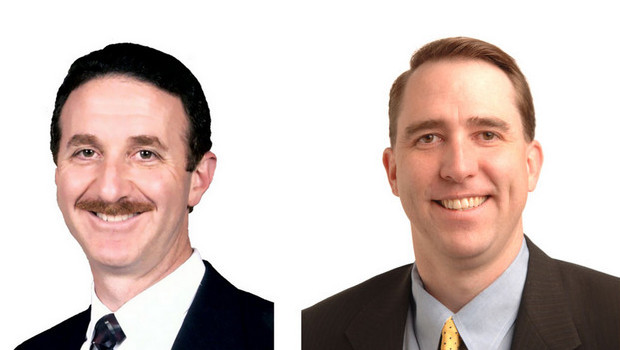 IIAR 2 may be a more appropriate safety standard for the B2L refrigerantIs.

Is it time to remove ammonia from ASHRAE Standard 15, “Safety Standard for Refrigeration Systems?”

Shapiro, speaking at a recent meeting of the International Institute of Ammonia Refrigeration (IIAR), noted that with the ongoing phaseout of hydrochlorofluorocarbons (HCFCs) and phasedown of hydrofluorocarbons (HFCs) there is a focus on the approval of new refrigerants that fall under the ASHRAE classification of A2L — nontoxic but mildly flammable.

According to Shapiro, although there may be a temptation to simply treat A2L refrigerants as equivalent to ammonia with respect to flammability hazard, ammonia really is an entity unto itself. Like an A2L, it exhibits a low-flame velocity in flammability tests, but ammonia has the unique safety advantage of a strong and unmistakable odor that is typically present long before the onset of a flammability hazard. All of the current A2L refrigerants, on the other hand, are odorless.

“Do we really want to be putting an odorless, flammable gas in occupied spaces of commercial and residential structures?” asked Shapiro. “Is this a good idea? And, can we do it safely?”

Shapiro noted that these are the questions that need to be answered as a condition of A2L refrigerants entering mainstream usage in the U.S.

“To the credit of the A2L industry, they’re putting a lot of time and effort into safety research,” he said. “But, just like ammonia, standards for the design and installation of A2L systems must be crafted with due diligence.”

Shapiro said a concern with ammonia remaining under ASHRAE 15 is that the parameters defining Group 2L refrigerants in ASHRAE could change at some point, perhaps forcing ammonia to be reclassified from Group B2L to Group B2.

“That would damage the ammonia refrigeration industry by increasing regulations with no justification other than an academic revision to the refrigerant classification scheme,” he said.

At the most recent ASHRAE Standard 15 committee meeting, Shapiro said the committee approved publishing an addendum for public comment that would remove ammonia from the standard. That’s the first of several steps that would have to take place, but the process could potentially lead to ammonia being taken out of ASHARE Standard 15 and put under ANSI/IIAR 2-2014, “American National Standard for Safe Design of Closed-Circuit Ammonia Refrigeration Systems.”

If that were ultimately to happen, Shapiro said, it would come with a great responsibility.

“If IIAR 2 is going to be the sole standard for ammonia safety without ASHRAE 15, we must continue to be diligent in managing that responsibility and in making sure our systems and the people who use them, and work on them are safe,” he said.

This would not be unfamiliar ground for IIAR, Shapiro noted. Since publishing its first ANSI standard in 1978, IIAR has been expanding its role as a standards development organization for ammonia refrigeration, and a mist of its model standards have been adopted by model codes. For example, the National Electrical Code (NEC) specifically references IIAR 2 for the electrical classification of areas with ammonia refrigeration systems. The International Fire Code (IFC) cites ASHRAE Standard 15 for refrigerants other than ammonia and IIAR 2 for ammonia, thus elevating IIAR 2 from its former subordinate role and placing the two standards on par.

“It’s a pretty big deal to get an NEC reference, and the IFC reference also represents a significant elevation in stature for IIAR 2,” Shapiro said.

The 2018 Uniform Mechanical Code (UMC) is actually going to go a step further. It, along with ASHRAE 15, will serve to regulate all refrigeration except for ammonia while, for ammonia, the 2018 UMC will defer entirely to IIAR 2.

“It’s very significant for a code to entirely defer to a reference standard,” Shapiro noted. “It achieves what I consider to be a major milestone for IIAR as an organization. Certainly, no other refrigeration-oriented standard has that stature.”

An encouraging outlook for regulatory reform

Lowell Randel, vice president of government and legal affairs, Global Cold Chain Alliance, also spoke at the IIAR meeting. When it comes to regulatory reform, the direction of the Trump administration is encouraging for the ammonia refrigeration industry, he said.

“Donald Trump talked a lot about regulatory reform on the campaign trail,” Randel said. “Now that he has taken office, I think it has proven to be a priority for his administration. His chief of staff has basically frozen any action on regulations until the new administration has a chance to get its legs under it, and that includes extending the effective date of any late-term Obama regulations that had been finalized but hadn’t gone into effect.”

Randel cited the U.S. Environmental Protection Agency’s (EPA’s) risk management program (RMP) final rule as an example of how the Trump administration may handle rules that affect the ammonia refrigeration industry. The administration extended the effective date of the RMP’s final rule until June 19 and has also proposed a rule that would further extend the effective date until February 2019. The additional time is designed to give new EPA policy officials an opportunity to fully examine the rule and potentially make changes.

President Trump also issued a “two-for-one” executive order that called for the removal of two existing regulations for every one new regulation. Although this would only apply to major rules with a potential annual impact of $100 million or more, it still sends a promising message to businesses, he said.

“It’s encouraging to hear the administration say it wants to reduce the regulatory burden on industry,” Randel said. “We think it’s a good general policy to perform a thorough review and remove any old, outdated, duplicative regulations before adding new ones.”

Randel stated he also is a fan of a Trump executive order that calls for the establishment of a regulatory reform task force at each agency. These groups would be tasked with identifying unnecessary and ineffective regulations and then doing what it can to get them off the books. The process also includes an accountability mechanism to measure the performance of government agencies relative to the executive order.

Randel added that interactions with regulatory agencies do not have to be divisive. For example, IIAR continues to work with the EPA on the agency’s national enforcement initiative (NEI).

“IIAR’s goal is to help the EPA better understand ammonia refrigeration facilities and IIAR standards, so the agency can do a better job of identifying where any true problems may exist in a facility,” he said. “This would also benefit operators of ammonia refrigeration facilities, who would be welcoming better-educated inspectors to their facilities and hopefully avoiding the misapplication of standards not appropriate for our industry.”

Randel concluded that the atmosphere for regulatory reform is very active right now, which presents an opportunity for HVACR contractors to participate in the process.

“The administration is actively seeking input and suggestions on regulations that are problematic, unnecessary, or duplicative and need to be reviewed,” he said. “So, if you have an idea of something that needs to be changed or recognize that something is not working, communicate that through your industry associations so they can amplify the message to the policy officials. I definitely encourage people to identify and communicate where they see ways to improve the regulatory system.”