Aldi to convert all UK stores to CO2 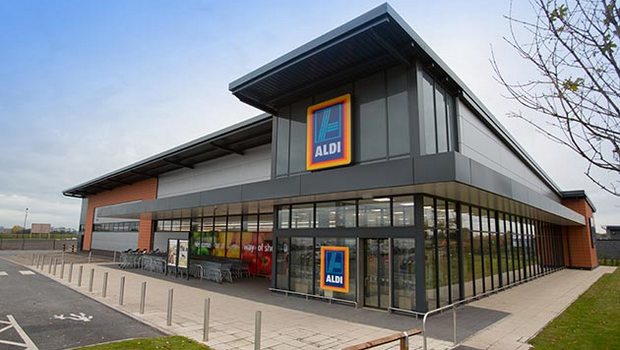 Aldi is to convert all its UK stores to use CO2 refrigeration, the German discount supermarket chain has announced.

Aldi says the move will see a reduction in its potential refrigerant gas carbon emissions by 99%, with an annual average decrease of over 15,000,000 GWP.

CO2 refrigeration is already deployed across some of Aldi’s portfolio of over 700 stores, including its recently opened Nuneaton supermarket. Aldi will open 60 new stores this year and plans to operate over 1,000 stores by 2022.

Describing CO2 refrigeration as a much more efficient option than many other refrigerant solutions, Aldi says all stores will eventually convert to CO2.

“By choosing natural refrigerants, we are reducing our impact on the environment while also assuring our stores are future-proofed for years to come,” said Aldi UK communications director Mary Dunn.

“We are continually looking for ways to improve our environmentally friendly credentials, and upgrading our entire stores to energy-efficient refrigeration is a key part of our commitment to being a responsible retailer.”

The announcement comes soon after Aldi revealed its plans to install 96,000 solar panels across its stores by the end of the year. In 2015, it also announced a three-year plan to replace all its chest freezers with more environmentally-friendly models.