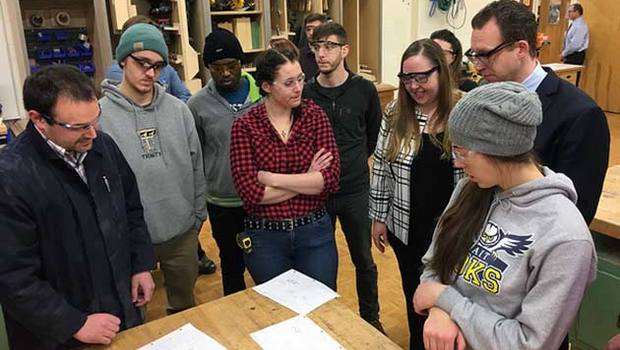 Refrigeration and air conditioning apprentices in Canada will benefit from a demand by the Alberta government that large-scale, public infrastructure projects will be required to utilise apprentices.

The new policy requires apprentices in 11 construction-related trades to participate on major public projects valued over $15m, or those that will require at least two years to complete.

In addition, sub-contracts of $500,000 or greater will also be required to comply with the new requirement and employ at least one apprentice.

The majority of an apprentice’s training is completed on the job and the new requirement means Albertans will have increased opportunities to access work-site training.

“Alberta’s apprenticeship system plays a central role in ensuring our province develops the skilled workforce that will enable future prosperity and competitiveness,” commented Glenn Feltham president of the Northern Alberta Institute of Technology, the largest apprenticeship trainer in Canada. “Industry plays a critical role in the success of this learning model, through providing training, mentorship and employment to apprentices. This role needs to be recognised, celebrated and encouraged.”

j’Amey Bevan, chair of the Alberta Apprenticeship and Industry Training Board, said: “Apprentices will tell you that real-world experience and mentorship are invaluable to their training and development. This is an important initiative that recognises the value of supporting apprentices and apprenticeship training on publicly funded projects.”

There are currently about 50,000 registered apprentices in the province of Alberta in more than 50 designated trades and occupations. The CAD46m committed to apprenticeships in the government’s 2017 budget has had its effect on apprenticeship take-up. Although Alberta has only 13% of Canada’s labour force, it trains about 21% of the country’s apprentices.