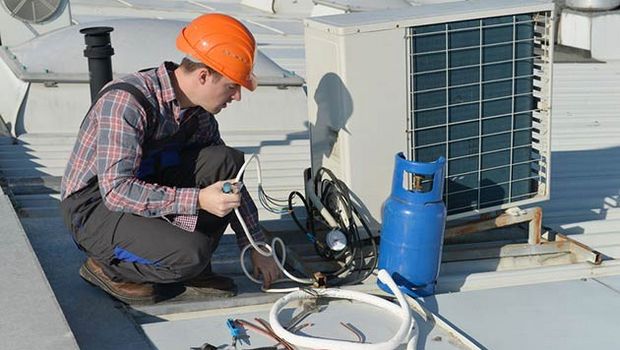 The failure of the refrigeration industry to move away from R404A looks set to cause major problems for the air conditioning sector this year with quotas being placed on the sale of R410A.

Under the European F-gas phase down timetable, the European industry is faced with a cut of 37% in HFC refrigerant supply this year. As a result, established wholesalers have been impelled to impose their own quotas on certain gases to existing customers, while in many cases turning away new customers.

But, while severe restrictions on the high GWP refrigerant R404A were predicted, air conditioning contractors are finding that sales of R410A are also being restricted.

The situation has led Graeme Fox of F-gas certification body Refcom to accuse some wholesalers of maintaining stocks of R404A at the expense of R410A.

Writing on the Refcom website, he said: “It has come to our attention in recent days that some wholesalers are still encouraging the use of R404A by maintaining large stocks of that gas while restricting the sale of other medium GWP gases such as R410A despite there being no alternative for a great many applications yet for R410A.”

With a quota system in place based on CO2 equivalents, high GWP gases like R404A, which is widely used in the refrigeration industry, saw huge price increases last year with warnings of scarcity or non-availability this year.

Despite the warnings and advice to switch to lower GWP alternatives, too few end users have made the switch away from R404A. Incredibly, some equipment manufacturers are continuing to produce new R404A units to feed a European demand.

R404A with its huge GWP of 3922 is an obvious target for restrictions, particularly as proven lower GWP alternatives are available.

R410A’s GWP at 2088 is lower than R404A, but is still high compared to most other gases. However, unlike R404A, there is no alternative to R410A in most air conditioning systems. Smaller split systems are being introduced using R32 but current standards preclude use of this “mildly flammable” refrigerant in larger systems.

While also being subject to large price increases last year, albeit not on the same scale as R404A, R410A is being placed under similar supply restrictions this year.

“It is understandable that, with their own supplies being cut this year by the quota holders, many wholesalers are starting to ration the sale of gas and anecdotal evidence is suggesting that they are largely doing so by looking at previous years’ gas sales and setting limits for this year based on previous years’ usage,” Fox writes.

This, he maintains, could put at risk the financial stability of hundreds of contractors, already affected by the rising cost of refrigerant gas.

Referring to potential new start-up companies, he says: “How are they to obtain gas to work in the sector if they have no track record? What about the SME current businesses who want to take over some of the contracts that are now up for grabs? If a company has previously worked mainly in small splits but now has taken over responsibility for VRF installations they will inevitably have a greater need for gas than they previously had.”