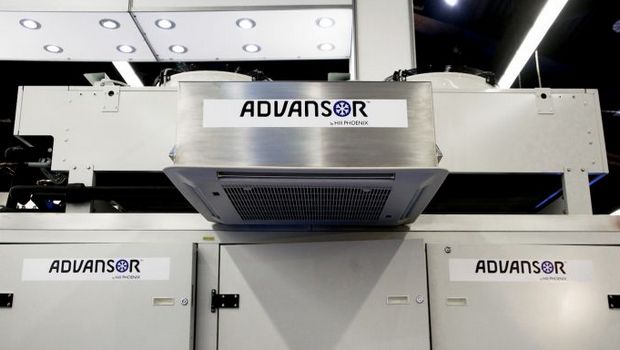 Danish CO2 system manufacturer Advansor grew its revenue by 24% in 2016.

In a clear indication that CO2 is becoming ever more popular for commercial and industrial refrigeration applications, Advansor, the leading Danish manufacturer of transcritical CO2 packs, improved its net income and experienced revenue growth of 24% in 2016.

Commenting on the results, Advansor Managing Director Kim Christensen said, „we look forward to the commissioning of our new production facilities in Poland in 2017. We’re investing heavily in upgrading our offices in all countries with the addition of new skills, and we’re constantly expanding the business into new markets and product categories”.

Advansor cover CO2 capacities both large and small, with compSUPER ValuePack for supermarkets and the compINDUSTRI system for industrial applications. The company also manufactures a small CO2 condensing unit, for use in convenience stores or by pharmaceutical companies, for example.

At the Chilventa tradeshow in October, Advansor was particularly excited to be showcasing its new CO2 cassette for air conditioning. Driven from the refrigeration rack, the unit is capable of providing cooling or heating as required.

“In Europe, all the retailers are investing in small supermarkets. You have to go where the money is. So that’s why we’re offering our cassette system, together with the ValuePack,” Christensen explained.

The Danish company has also identified a gap in its portfolio between the ValuePack and its small condensing unit – with a new ‘mini-booster’ product for medium capacities of up to 25 kW set to be unveiled at the Euroshop tradeshow in March 2017.

The company has also dedicated a team to the industrial sector that is separate from its traditional commercial refrigeration team, said Mark Kristensen, industrial sales manager.

“We’ve realised that the demand for transcritical [in the industrial sector] has grown to the level where we can go in that direction,” he told.

„Our continued development of the product portfolio has resulted in an increased cooling capacity, from which our industrial business has particularly benefited. We’ve seen growth of 72% in this segment,” said Kim Christensen.

The firm will launch the compSUPER MiniBooster at the upcoming EuroShop trade fair in Dusseldorf (5-9 March). “We have high expectations for this new product which is aimed at small and medium sized supermarkets,“ said Christensen.

Advansor has strengthened its local offices in Sweden, Germany and France in recent years, as well as the central organisation in Denmark. In 2017 the company plans to expand its presence in Southern and Eastern European countries with new representatives and regional managers. It reports continued strong growth in its largest current markets, France and Germany.