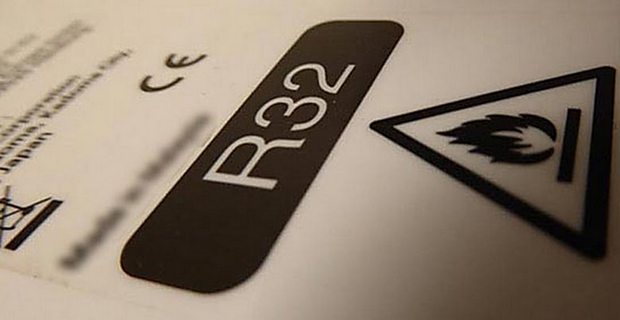 In a special customer presentation in North London last week, Climalife joined with refrigerant manufacturer Honeywell in warning air conditioning users of the need to adopt the lower GWP refrigerant as a matter of urgency.

All the headlines last year were occupied by the rising prices and decreasing availability of R404A in the refrigeration industry, and there are concerns that users of the air conditioning refrigerant R410A will suffer the same fate this year.

Under the European F-gas phase down, R404A with its huge GWP of 3922 was always going to come under pressure. Despite warnings from refrigerant suppliers and industry bodies of the need to make an early switch to alternatives, the industry had been slow to react in advance of this year’s 37% CO2e cut in HFC refrigerant supply.

“If the transition away from R404A had been quicker we would have avoided the problems we had last year,” commented Climalife MD Allan Harper. And his colleague, technical director Peter Dinnage, warned: “If we don’t move away from R410A we will have the same problem again.”

Despite the focus on R404A, prices of R410A also rose significantly last year. Then, early this year, F-gas certification body Refcom raised the first concerns about apparent shortages of R410A, with some wholesalers needing to restrict sales.

Honeywell account manager, Barbora Kopecka warned that R410A was next on the target list. “If we don’t do anything we will have a problem. Something really significant needs to be done,” she said.

With its GWP of 2088, R410A was always going to be the next refrigerant to come under pressure. However, unlike R404A, there is no interim alternative to R410A in larger air conditioning systems and VRF. Smaller split systems are being introduced using R32 but current standards preclude use of this “mildly flammable” refrigerant in larger systems.

Barbora Kopecka blamed a lack of urgency from the air conditioning equipment manufacturers. Despite pioneering work by Daikin, other manufacturers have certainly been slower to introduce R32 units in Europe. However, demand from contractors has also been muted, some viewing the use of a flammable refrigerant with suspicion and trepidation.

The lack of urgency is exacerbated by the F-gas regulations which allows R410A to continue be used in split systems up until 2025 – irrespective of market availability. Of more immediate concern is the European F-gas phase down timetable demanding a further 30% cut in refrigerant supply in 2021.

Allan Harper urged customers: “You have to ask equipment manufacturers to place new products on the market which support A2Ls or 2021 will be very difficult.”