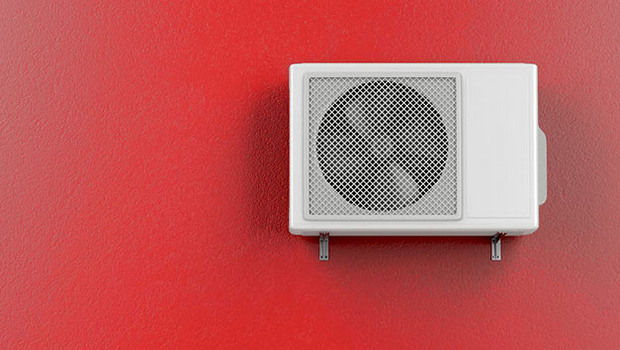 A search of more than 60 million chemicals to find a replacement for R410A in air conditioning systems has found just 27 suitably-efficient fluids – but all are at least slightly flammable.

The multi-year study was carried out by researchers at the US National Institute of Standards and Technology (NIST) to identify the best candidates for future use as air conditioning refrigerants that will have the lowest impact on the climate.

The study found no ideal refrigerant that combined low GWP with other desirable performance and safety features such as being both non-flammable and non-toxic. All 27 fluids NIST identified as the best from a performance viewpoint are, at best, slightly flammable, which is not allowed under US safety codes for most end uses. And several fluids among the list of refrigerants are highly flammable.

The authors of the report, published in Nature Communications, maintains that the 27 fluids are the ‘best’ low-GWP fluids allowed by chemistry.

“It is highly unlikely that any better-performing fluids will be found, and unknown risks associated with the lesser-known fluids may further reduce the list,” the authors say.

“The takeaway is there is no perfect, easy replacement for current refrigerants,” NIST chemical engineer Mark McLinden said. “Going into the study, we thought surely there has to be something else. Turns out, not so much. So it was a bit surprising, a bit disappointing,” he said.

The recent global decision to phase-down HFCs under the Montreal Protocol, added to the pre-existing European F-gas phase-down has prompted regulations which will see the elimination of many of the highest GWP refrigerants from certain applications. These include common refrigerants like R404A and R134a where suitable alternatives are known to exist.

R410A, a blend of R32 and R125, and currently the dominant refrigerant in small air conditioning systems, stands somewhat exposed with its relatively high GWP of around 2000 – 50% higher than R134a. Many feel that a replacement for R410A will need to be found if the global phase-down targets are to be achieved.

R32 has been introduced by Daikin and others for use in small splits and propane is also being considered in similar applications in some Far East markets. However, their flammability precludes their use under current national and international safety standards in all but the smaller systems.

“The path forward will involve tradeoffs,” said Mark McLinden. “Safety codes could be revised to allow the use of slightly flammable refrigerants. Blends of two or more fluids could yield a non-flammable refrigerant, but at a higher GWP. Carbon dioxide is nonflammable, but would require a complete redesign of AC equipment.”

Because all current refrigerants are small molecules, the NIST search was limited to molecules with 18 or fewer atoms and only eight elements that form compounds volatile enough to serve as refrigerants. This initial screen resulted in 184,000 molecules to be considered further.

Screening for energy properties corresponding to fluids usable in small AC systems and GWP of less than 1,000 yielded 138 fluids. This included the new low GWP HFOs R1234yf and 1234ze amongst an incredible number of 45 HFOs.

The researchers then simulated the performance of these 138 compounds in air conditioners. Further screening to rule out chemically unstable or very toxic compounds or those with low energy efficiency resulted in the final list of 27 low-GWP fluids. 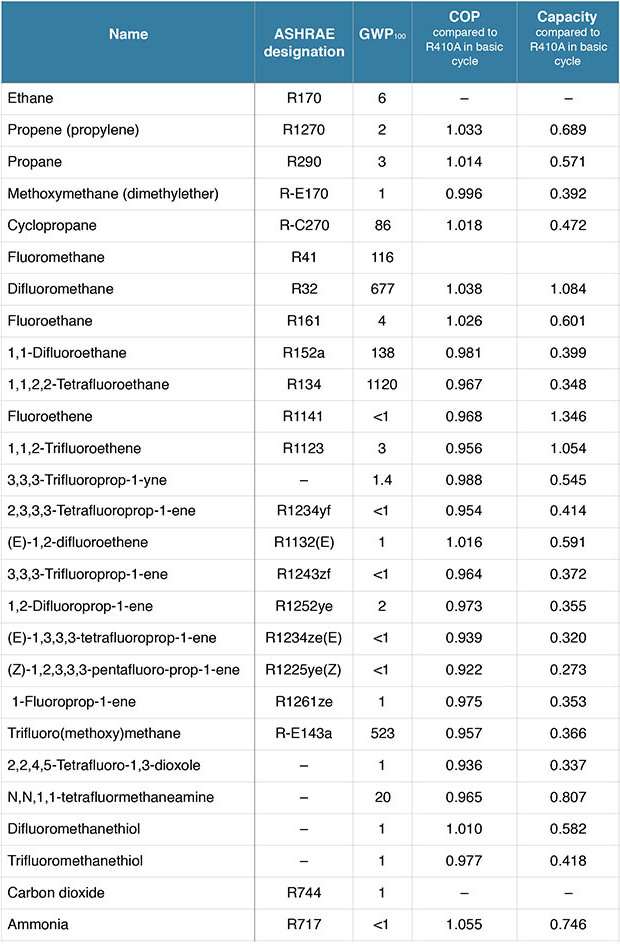 An abbreviated list of the 27 fluids identified. Refrigerants like ethane, fluoromethane and CO2 were not simulated as they would be near-critical or supercritical in the condenser

The report focuses on single-component refrigerants (pure fluids) but recognises that refrigerant blends offer additional possibilities, although the trade-off to reducing flammability will be higher GWPs.

“We do not consider blends explicitly but, for the sake of completeness, do include several fluids that would not be suitable low-GWP fluids in their own right but that might be useful as a blend component,” the report says.

“Looking forward, the NIST study’s conclusions indicate the need to recognise and deal with trade-offs in planning for the future,” McLinden said.