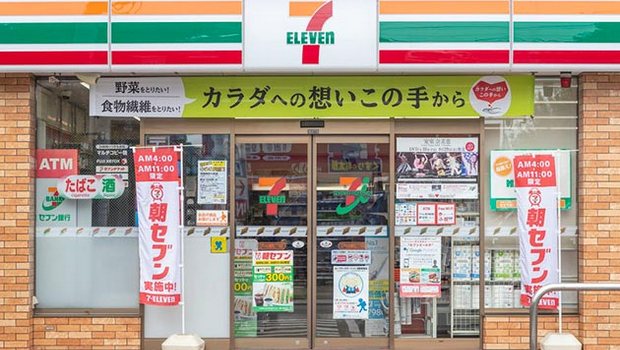 The convenience store Seven-Eleven is said to be the first Japanese retail chain to switch its R404A refrigeration systems to the lower GWP R448A.

Seven-Eleven has begun installing the new refrigerant in Hitachi-Johnson Controls condensing units at all new and refurb stores across the country. Seven-Eleven Japan operates over 20,000 Seven-Eleven convenience stores.

Marketed by Honeywell as Solstice N40, Seven-Eleven’s adoption of R448A will enable the retailer to comply with the new Japanese Act on Rational Use and Proper Management of Fluorocarbons, which requires the use of refrigerants with a GWP of 1500 or less by the year 2025.

Year-long trials by Seven-Eleven, Hitachi-Johnson Controls and Honeywell are said to have revealed energy savings of 20% when using R448A compared to R404A.

“The trial results confirmed that Solstice N40 is an effective solution for our large estate of convenience stores in Japan to achieve our goals in reducing both overall carbon footprint and operating costs,” said Hisashi Ohashi, head of construction and equipment department, director and executive officer, Seven-Eleven Japan.

Solstice N40 is a nonflammable, nontoxic refrigerant with GWP of 1387. Honeywell says the refrigerant is designed as a “near drop-in” alternative to R404A, requiring only minimal system adjustments.

“Solstice N40 is the lowest GWP alternative available for both new installation and retrofit projects in the Japanese commercial refrigeration market and has already been adopted at more than 13,000 retail stores worldwide,” said Anna An, vice president and general manager of Honeywell Advanced Materials, Asia Pacific.