What has 30 years of the Montreal Protocol achieved? 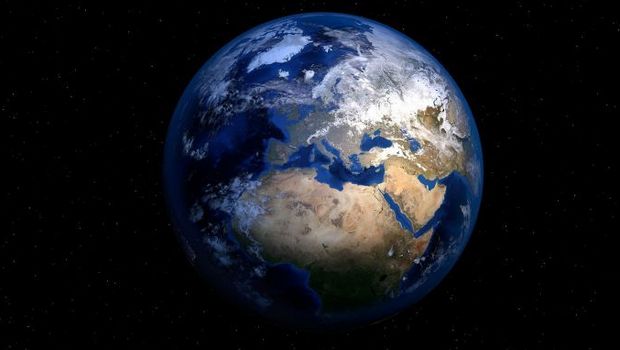 From lower food prices to reduced emissions, the ban on ozone-depleting substances has guided the world’s response to climate change and human health.

Tomorrow marks the International Day for the Preservation of the Ozone Layer and the 30th anniversary of the Montreal Protocol, which first banned ozone-depleting substances (ODSs) like the chlorofluorocarbons (CFCs) that used to be in everything from hairsprays to refrigerators to air-conditioning units.

CFCs contain the molecules chlorine and bromine, which in 1986 US researcher Susan Solomon discovered were destroying the atmosphere.

The discovery led to a global ban under the Montreal Protocol in 1987. Since then the situation has improved vastly. Researchers at MIT last year published a study comparing the ‘thinning’ between 2000 and last year. They found that the hole above Antarctica is now around four million sq. km – roughly the size of India but smaller than before and is continuing to shrink.

The ban has not just led to the healing of the ozone layer: a recent study confirms that the international treaty has helped to reduce greenhouse gas (GHG) emissions in the United States. CFCs were not just ODSs but also highly pollutant gases with global warming potential 10,000 times greater than CO2, according to researchers Hu et al. in their study entitled ‘Considerable contribution of the Montreal Protocol to declining greenhouse gas emissions from the United States’.

„We were surprised by the size of the decline, especially compared with other greenhouse gases,“ said Lei Hu, a researcher with the Cooperative Institute for Research in Environmental Sciences (CIRES) working at the U.S. National Oceanic and Atmospheric Administration (NOAA) and lead author of the new study.

Other research by the UK’s National Environment Research Council found that the reduction in ODSs has spared thousands of lives and led to lower food prices, leading to savings of £1.3 billion every year for the UK, thanks to the early implementation of the Montreal Protocol.

The research also pointed out that without the ODS ban under the Montreal Protocol, the cost of this delay would have resulted in 300 more skin cancer cases every year in the UK by 2030, costing the NHS around £550 million a year in today’s money. Analysis by Deloitte estimates it avoided losses in farm production worth up to £740 million a year.

“The Montreal Protocol is a remarkable agreement which we are seeing the effects of now,” said Jonathan Shanklin from NERC. “Signs of recovery of the ozone hole are becoming evident, which will have huge benefits to society with fewer cases of UV-related problems. It demonstrates that when policy and science work together it can result in effective action.”

The Kigali Amendment to the Montreal Protocol, agreed last October in the Rwandan capital, is another boon to climate efforts in the US, UK and around the world. It will phase down hydrofluorocarbons (HFCs), which replaced CFCs used in the HVAC&R sector.

HFCs are also potent greenhouse gases, and their increased use is offsetting some of the climate benefits of the Montreal Protocol, according to Stephen Montzka, a researcher at NOAA and co-author of the new Hu et al study on US greenhouse gas emissions.

The Montreal Protocol, „shows what can be achieved by concerted and thoughtful international effort,“ said Scott Lehman of the Institute of Arctic and Alpine Research at the University of Colorado, Boulder and co-author of the US greenhouse study.