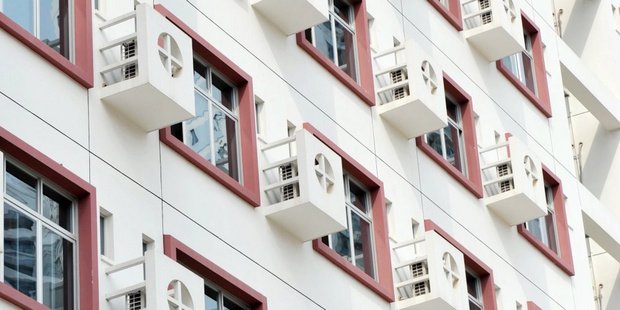 The use of hydrofluorocarbons (HFCs) is expected to rapidly rise in the coming decades unless more is done to curb their growth. This according to a new report by the Climate and Clean Air Coalition to Reduce Short-Lived Climate Pollutants (CCAC) and the UN Environment OzonAction Branch, which looked at HFC use in six countries and found that its average annual growth was 16 per cent.

Many HFCs have a Global Warming Potential (GWP) 100s to 1000s times that of carbon dioxide. However, one of the main challenges for developing countries wanting to take early action to reduce HFCs is the limited availability of national data on current levels of HFC use and projected future demand. To help remedy this situation, the CCAC’s HFC Initiative supported voluntary national-level inventories in 14 developing countries.

The new report – titled “National Hydrofluorocarbon (HFC) Inventories: A summary of key findings from the first tranche of studies” – summarises the findings of HFC use from six of these countries: Bangladesh, Chile, Colombia, Ghana, Indonesia and Nigeria. All countries are expecting continued increase of HFC consumption in the coming years as ozone depleting hydrochlorofluorocarbons (HCFCs) are phased out.

“Without a doubt, growing populations and economic development are exponentially increasing the demand for refrigeration and air-conditioning. If we continue down this path, without developing alternatives to HFCs and more energy efficient appliances, we will put great pressure on the climate system,” said Helena Molin Valdes, Head of the CCAC Secretariat. “This is why we are working with countries on HFC alternatives and standards, national inventories, technology demonstration projects, and sharing experiences and case studies to enhance policies and practices.”

The Coalition’s 50 State Partners strongly support the adoption of an ambitious HFC phase-down amendment to the Montreal Protocol this October in Kigali, Rwanda. A communique released by the CCAC’s High Level Assembly said that the amendment should include an early freeze and rapid action to phase down HFCs.

“Now is the time and Kigali is the place,” Ms Molin Valdes said. “A HFC phase-down amendment will represent the biggest climate deal this year!”

Dr. Shamila Nair Bedouelle, Head of OzonAction at UN Environment said that human health is directly linked to the condition of the stratospheric ozone layer and the Earth’s climate system, “if either are damaged, our health and that of our children will suffer”.

“HFCs threaten both of these precious global commons. These cutting-edge CCAC inventories provide the participating developing countries with initial data to help them get a grasp on the size and nature of the HFC issue in their own backyard. The results should help inform their future decisions about solutions and the path forward to a low-GWP, ozone-friendly world,” Dr Nair Bedouelle said. “UN Environment would like to congratulate all of the participating countries, particularly the low-volume consuming countries which OzonAction is assisting, for their leadership in undertaking this trailblazing work and for sharing the results for the benefit of all.”

The studies were carried out by the United Nations Development Programme (UNDP) with CCAC support.

“UNDP is proud to have assisted developing countries carry out the HFC inventories highlighted in the summary. Together with other partners we are committed to further supporting work on prioritizing sectors and developing options to reduce HFC use,” said Jacques Van Engel, Director of the Montreal Protocol Unit at the United Nations Development Programme. “Working together we can restore our climate and achieve the Sustainable Development Goals.”

The country inventories outline opportunities to avoid growing HFC use and to phase down existing consumption. They show that there are significant differences among countries in terms of the sectors where HFC use is growing, with some countries having larger consumption in domestic or commercial refrigeration, and others in mobile or stationary air conditioning.

Eight new country inventories are currently underway – the Bahamas, Cambodia, Jordan, Kyrgyzstan, Maldives, Mongolia, South Africa and Vietnam – and will be completed by the end of 2016. This report includes preliminary results from Kyrgyzstan and Vietnam, and from similar, bilaterally funded inventories under way in Moldova and Sri Lanka.

Since the CCAC initiated these inventories, the Montreal Protocol’s Multilateral Fund has approved surveys of alternatives to ozone-depleting substances in 129 developing countries. The pioneering work of the CCAC’s HFC Initiative to develop the fourteen inventories, including the various methodologies used, can provide valuable experiences and lessons learned to aid the work of the countries and the agencies involved in these new projects.

The CCAC will be organizing a side event to present the main findings of this report on the margins of the Montreal Protocol Meeting of the Parties in Kigali, Rwanda on October 14, 2016.

A revised and expanded version of the new report will be produced in early 2017, summarising and analysing the full range of fourteen national HFC inventories.