US industry urges Trump to back Kigali 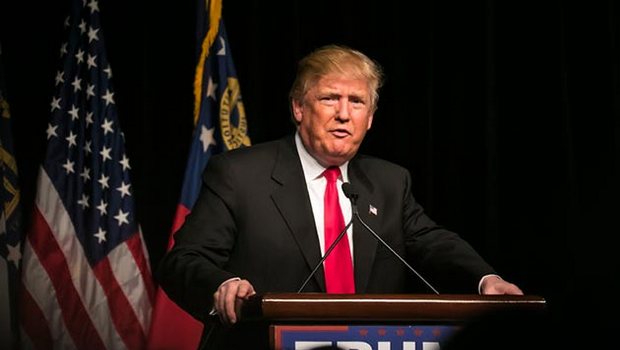 Thirty-two leading US air conditioning and refrigeration companies have signed a letter to president Trump urging him to ratify the Kigali Amendment.

The Kigali Amendment to the Montreal Protocol to phase down HFC refrigerants, which will come into force on January 1, 2019, has so far been ratified by 35 countries. As one of the largest users, ratification by the US is seen as crucial to its effectiveness.

The letter signed by leading manufacturers including Johnson Controls, Emerson, Daikin, Lennox, Hillphoenix and Danfoss, as well as refrigerant companies A-Gas, Honeywell, Arkema, National Refrigerants and Dow Chemical, was sent to the White House on May 18.

The letter urges president Trump to act: “On behalf of the 589,000 Americans currently employed in our industries, we urge you to send the Kigali Amendment to the United States Senate for ratification. It is our goal to protect and create American jobs, a goal that we know you share. We look forward to working together to achieve this goal.”

It further states: “We believe this action will help secure a position of strength for American companies in a highly competitive global market for next generation air conditioning, refrigeration, thermal insulation, aerosols, medical uses, fire suppression, semiconductors and other technologies that utilize fluorocarbons.”

Ratification, it says, will ensure American technological leadership, and a head-start for American industry in the global race to provide the world with state-of-the-art products.

“As such, we believe that the Kigali Amendment represents a chance to put America first, and to keep American workers at the forefront of these important global industries.

“For more than 30 years, the Montreal Protocol has provided the framework for the rapid development of new technologies in the air conditioning and refrigeration industry. Through American participation and leadership, American companies and the workers they employ have been able to stay ahead of foreign competition. By sending the Kigali Amendment to the Senate, you can help solidify this advantage and take the next step in improving a framework that has enjoyed bipartisan support for decades. In fact, the Montreal Protocol was first ratified – unanimously – during the Reagan Administration.”

The letter follows the report published earlier this month by the Air-Conditioning, Heating, and Refrigeration Institute (AHRI) and the Alliance for Responsible Atmospheric Policy, which set out the likely impact on US jobs and the economy if it fails to ratify.

Described by the co-signees of the letter as a “critical issue”, the letter states: “Studies show that ratification of the Kigali amendment will increase US manufacturing jobs by 33,000, increase exports by $5bn, and improve the overall balance of trade for these products. On the other hand, failure to ratify the Kigali Amendment could transfer the current competitive advantage from America to other countries, like China.”