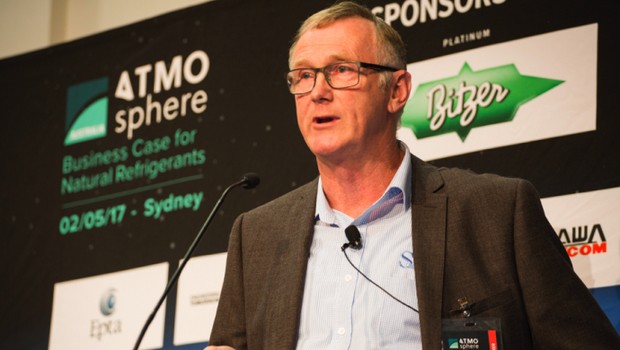 Transcritical CO2 systems for commercial applications are ripe for growth in Australia as new technologies continue to deliver efficiency improvements, according to food retailers, system suppliers and leading overseas manufacturers who attended ATMOsphere Australia 2017 in Sydney on 2 May.

Ferlin detailed the challenges his team faced in planning a system that must operate in ambient temperatures of up to 45°C, but concluded by saying that they were able to overcome these challenges by properly training field teams to work with transcritical CO2.

He stressed that training is a key part of Woolworth’s execution strategy, as its goal is not just to install these systems but also to ensure that they operate sustainably.

“We aim to sustain innovation long after the opening date. We are encouraging not only our teams but the wider industry to up-skill,” Ferlin said.

“Today the technology is ready to perform very efficiently in high ambient temperatures,” he added.

Advansor, which partners with Australia-based the Natural Refrigerants Company Pty Ltd. and which recently announced its first transcritical CO 2 installation in Australia, discussed the energy savings it had seen with its systems.

Sorensen was enthusiastic about the potential for growth in Australia: “To date we have produced 2,800 transcritical racks in 33 countries with 100+ systems in hot climates including Brazil, Egypt, Oman, Spain and Portugal.”

“Our estimated production for 2017 is 800 racks and our production capacity is 1,200 racks per year. That means we have 400 racks we can produce for Australia. C’mon guys!”

Adding to this momentum was Australia-based AJ Baker & Sons, which believes in the power of transcritical CO2 for commercial refrigeration.

“We believe we’ll be up to 25 transcritical CO2 system installations in Australia by 2020,” remarked Mike Baker, managing director of AJ Baker & Sons.

“[Transcritical CO2] has to be the system of choice not just for supermarkets but for other commercial applications as well.”