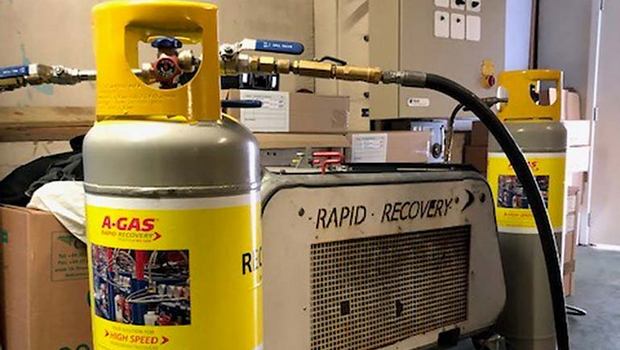 A-Gas continues to play a key role during the coronavirus crisis, its Rapid Recovery service recently removing high GWP refrigerants from a hospital maternity unit during the current lockdown.

Three weeks into the lockdown, A-Gas Rapid Recovery was called upon to remove a total of 180kg of R422D and R407C from a redundant air conditioning system at the hospital. The job was part of an air conditioning refit involving the installation of a more efficient new chiller system.

The ease with which the refrigerants were removed from two redundant chillers on the sixth floor of the hospital block was made possible by the mobile A-Gas Rapid Recovery unit which could be moved up and down the building. All the equipment could be transported in a lift and this allowed the recovery team to complete the job in just four hours.

The maternity unit remained open during the work and the work was undertaken under social distancing restrictions with workers staying two metres apart from each other and wearing personal protective equipment. 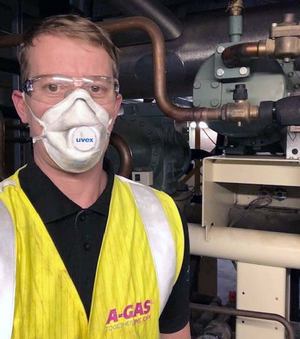 The 180kg of refrigerant removed from the hospital plant room was returned to A-Gas, allowing the air conditioning contractor more time to get on with other important aspects of the installation and in turn reducing the time needed to complete the entire job.

Refrigerant sent to A-Gas reprocessing centres becomes fully reclaimed product and is returned to the market in line with the AHRI 700 standard. At Portbury near Bristol and Eygelshoven in Holland, used refrigerant undergoes chemical analysis, is cleaned of contaminants and goes through a separation plant to produce a product that matches the specification of virgin refrigerant.