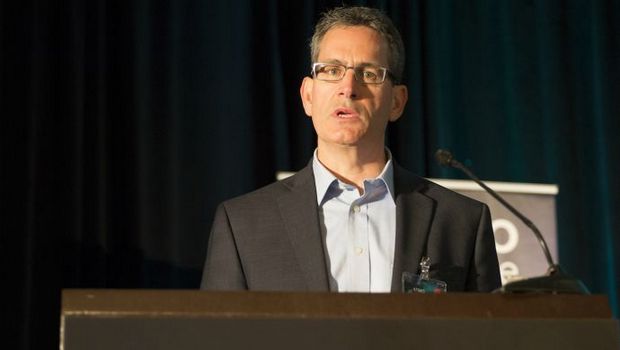 At ATMOsphere America 2017, Emerson announced it would conduct an energy assessment of transcritical CO2 technology at its Helix Innovation Center, based in Dayton, Ohio, in June.

At the ATMOsphere America conference in San Diego, Calif. yesterday, Emerson announced it would begin conducting energy assessments of CO2 transcritical technology at its Helix Innovation Center in Dayton, Ohio from June to September 2017.

“Maybe one of the five strategies [….] will give us 90% of what we need [in energy improvements],” Andre Patenaude, director of CO2 business development at Emerson Commercial and Residential Solutions, told the ATMO America event at the Loews Coronado Bay Resort.

During these tests they will look at energy consumption across a range of conditions, with temperatures ranging from -20 degrees Fahrenheit (-28.9 degrees Celsius) to 115 Fahrenheit (46.1 Celsius).

Bringing CO2 to the United States

Emerson hopes this will make CO2 technology easier to implement. “We want to keep the complexity down while getting the efficiency up,” he said. “In North America, we are still in the trial stage with CO2 transcritical system compared to Europe,” he added.

Emerson has also hired Renteknik, based in Burlington, Ontario, as a third-party consultant to carry out the data collection on energy consumption of the various transcritical configurations at its Helix facility.

Emerson plans to begin another round of research in 2018.